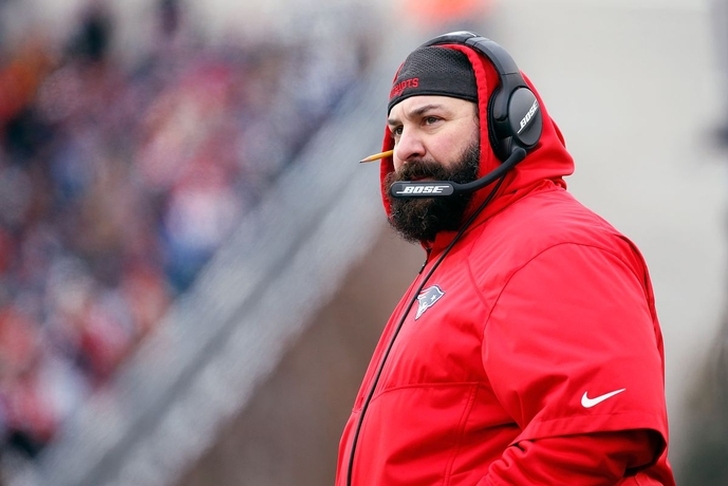 Black Monday was almost a week ago which involved a few coaching firings, but now it's time for some hirings. There are six teams who do not have an NFL coach at the moment and the offseason search has started. The Colts, Giants, Lions, Raiders, Bears, and Cardinals all currently do not have a head coach, but one of these teams looks to have found it's man.

Here are the latest NFL coaching rumors and news you need to know:

Entering the 2017 season, Patricia was one of the more coveted coaches. The Patriots defense struggled early on but have only allowed more than 17 points one time in their last nine games. He gets to learn from one of the greatest NFL minds under Bill Belichick and could get this Lions team back on track. The former rocket scientist has done a little bit of everything since joining the Patriots in 2004. He's served as an offensive assistant, offensive line coach, a linebackers coach, a safeties coach and took over as the defensive coordinator in 2012.

Patricia has connections with Lions general manager Bob Quinn from their time together in New England.

Mike Mularkey Will Coach The Titans In 2018
The Tennessee Titans were rumored to be looking for a new head coach entering Week 17 of the regular season. After a must-win game to get into the playoffs and a great come from behind win in the Wild Card round, the Titans will bring back head coach Mike Mularkey for the 2018 season according to Ian Rapoport.

The Titans issued a statement today backing up their head coach.

"Our mantra all season has been to take things week by week and not get ahead of ourselves and it obviously has served us well," Titans controlling owner Amy Adams Strunk wrote Sunday. "I regret that outside rumors gained a life of their own. No one has been a bigger supporter of Mike Mularkey than I have over the last two-plus seasons."

The Titans won nine regular-season games in back to back season, and after Murlarkey's first playoff win, he has secured his job for 2018.

Gutekunst was also supposed to interview for the Houston Texans general manager position on Sunday, but declined the interview to accept his new job in Green Bay.