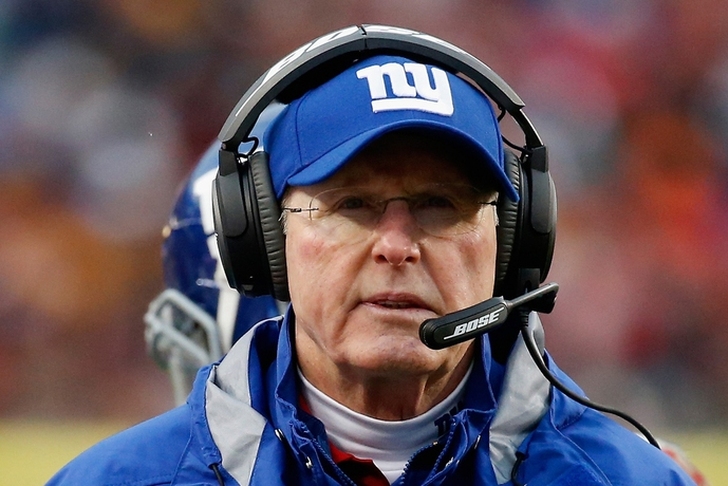 The NFL landscape is buzzing with rumors and interviews, as several teams search for a new head coach. The Miami Dolphins are no longer the only team to hire their new head coach, as two other teams made a move. Here's the latest from the coaching craziness around the NFL.

Eagles And Coughlin Not Happening
The Eagles were targeting Coughlin (see below for those rumors), but they won't land the head coach.

With Coughlin not an option, the new top target for the Eagles is Chiefs' OC Doug Pederson.

Browns Hire Hue Jackson, Giants Land Ben McAdoo
The Cleveland Browns landed Hue Jackson, who was the top candidate for several jobs this offseason. The addition of Jackson is a good one for Cleveland, and it also likely spells the end of the Johnny Manziel Era in Cleveland.

Dirk Koetter Lining Up Staff In Tampa Bay?
Not long after the Buccaneers fired Lovie Smith, there were reports the team would likely hire offensive coordinator Dirk Koetter. It made sense, the decision to fire Smith came only after teams had expressed interest in Koetter. Pro Football Talk is reporting that Koetter is already working on lining up assistants. It certainly sounds like the Tampa job is Koetter's to lose at this point.

Eagles Focused On Tom Coughlin?
The Eagles had strong interest in Ben McAdoo, but they appear to have turned their interest to another Giants' coach.

Eagles now have turned their attention to former Giants HC Tom Coughlin, per sources. Yet, there are issues for two sides to work through.

Ian Rapoport says the team's talks with Coughlin "intensified," and that there will be a meeting today between the two sides. It sounds like the Eagles could be close to hiring Coughlin.

Mularkey Likely To Land Titans' Job?
The Titans recently hired a general manager, and they could be close to hiring a head coach as well.

Mike Mularkey has been given strong indications that the #Titans job is his, and that's the belief on the staff. But they'll still interview

Mularkey went 2-7 as the interim head coach for the Titans this year. He's coached three seasons with the Bills and Jaguars, going 16-32. Also interviewing for the job is Doug Marrone and Teryl Austin.