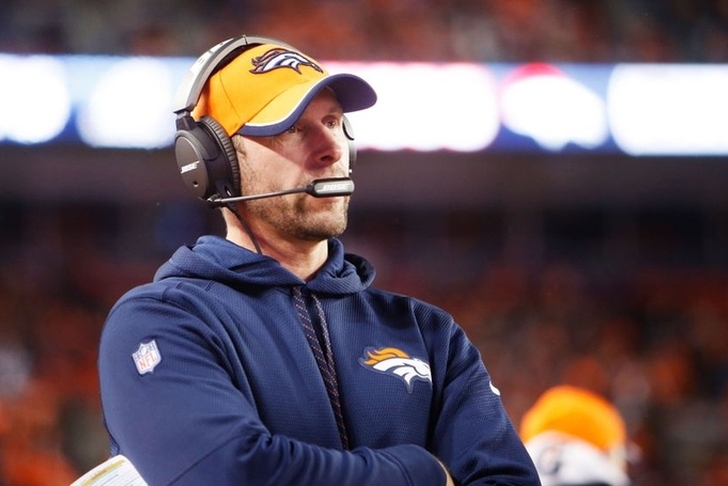 One day removed from an intriguing Black Monday, the NFL landscape continues to change as news of interviews dominate the headlines. We're here to run you through the latest news and rumors from the afternoon. The early morning action can be found here. With that in mind, here's the latest from the coaching craziness surrounding the league.

Sark To NFL?
This rumor certainly wasn't expected, but a former college head coach is looking to jump to the NFL.

Former USC HC Steve Sarkisian is putting out feelers to NFL teams and expressing interest in becoming a QB coach or OC, per league sources.

Sarkisian was dismissed by USC after his alcohol issues came to light. Schefter is a trust-worthy source, so it appears that Sarkisian is looking to return to the NFL. He lasted coached in the league with the Raiders in 2004.

Gase is one of the most popular head coaching candidates and the Eagles aren't likely to be his last interview.

Giants Interview McAdoo?
The Giants are searching for a replacement for Tom Coughlin and they're looking at in-house options. It was known that the Giants were going to interview offensive coordinator Ben McAdoo and NJ.com reports that interview took place Tuesday. The Giants are high on McAdoo and don't want him to leave.

Shanahan Meeting With 49ers?
Mike Shanahan has already expressed interest in returning to coaching with the 49ers, and he could be getting an interview.

Mike Shanahan will be meeting tomorrow with 49ers per sources

I'm told the meeting set up in New York between Mike Shanahan & the 49ers is on hold for now. Talk between the two continues over the phone

Shanahan is also a candidate for the Dolphins' job. He hasn't coached since 2013 with the Redskins.

Rams Want DeFilippo?
The Rams are searching for a new offensive coordinator and might poach one from the Browns.

The #Rams have put in a request to interview #Browns OC John DeFilippo, source said. His work with a variety of QBs was noted.

DeFilippo is just 37 years old. This season was his first as a coordinator.