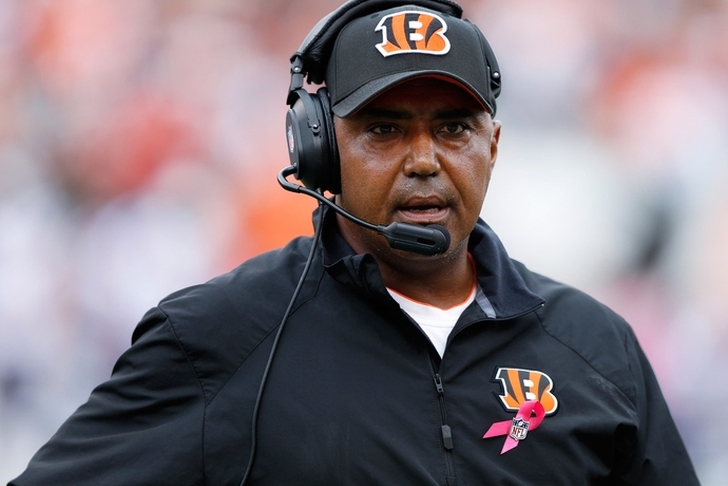 The NFL landscape is buzzing with rumors and interviews, as several teams search for a new head coach. The Dolphins are the only team to hire their new head coach, as they landed Adam Gase Saturday. Here's the latest from the coaching craziness around the NFL.

Mike Smith And The Giants?
Smith is the former Atlanta Falcons head coach. He had an interview with the Dolphins earlier this week and is now getting another one.

Could Marvin Lewis Lose His Job?
The Bengals lost to the Pittsburgh Steelers Saturday night in heartbreaking fashion. A turnover late and two penalties handed the Steelers a win when it seemed like Lewis was going to finally get the elusive playoff win. That loss, and the failure to control his players, has led Mike Florio of Pro Football Talk to speculate that Lewis could be fired. However, the team might elect to just keep him.

Issue of Marvin Lewis' future really isn't much of an issue. Bengals have no plans to make any HC change at this time, per sources.

The Bengals have Hue Jackson at offensive coordinator and he'll interview with several teams today. The Bengals will need to make up their mind about Lewis soon.

Hue And The 49ers?
One of those teams Jackson is interviewing is the 49ers. He could end up as their head coach.

Discussed #49ers coaching search on @NFLGameDay: Hue Jackson interviews with 49ers brass. If all goes well, he could end today as SF's coach

Jackson has coached in the Bay Area before, spending one season as the Oakland Raiders head coach. Jackson posted an 8-8 record.

Eagles Interview Pederson Today
The Eagles are searching for a replacement for the fired Chip Kelly and they are looking at several coordinators.