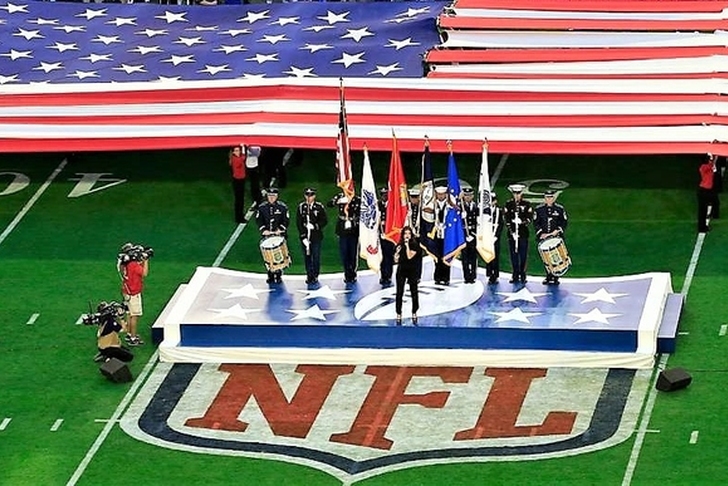 A League of Their Own
The NFL has been an interesting league to follow as of late. There are controversies around every corner. Drama is the word of the week in the NFL as stars change their status during training camp, and official policies get amended, stalled, and outright changed. One of the biggest points of news currently in the NFL is the new policy regarding the national anthem.

Conduct and behavior surrounding the national anthem has always been something that is closely watched in the NFL, but lately this drama has escalated because the official NFL administration cannot come to an agreement on what exactly proper conduct is.

Because of the indecision the NFL has recently announced that they are shelving their anthem policy until further notice until they come up with a more thesible one. This happened right after the Tennessee Titan player brazenly told CNN that he would stand on the sideline for the anthem and he could care less how much they fined him for it.

Bad Blood
There has been a rising movement in the NFL that is about patriotism as well as civil rights. This bad blood has been centered around the anthem specifically, as it has become a rallying point for players to voice their distaste and protest peacefully. The NFL made a bold move by declaring some time ago that all players would have to “stand and show respect for the anthem” or they would have to stay out of the public’s view in the locker room until the anthem was over.

Those who refused to comply to the new ruling would be fined. This only seemed to exacerbate the problem, as the protesting NFL players voiced their disgust with this new policy too. That is what prompted players like Casey to take the fine anyway and preserve their right to free speech. Players like Casey are setting a trend and leading the way for protesting. While many would say players like Casey are taking a big gamble, gambles can often pay off big. One gamble that is almost certain to pay off big is one where you can make free bets.  Never pay gambling fees if you don’t have to.

The controversial NFL policy has caused so much bad blood between the administration and the players that the NFL finally decided to take back the unpopular policy until they come up with a better solution.

It’s Not Going Away
The NFL anthem controversy fire is not getting smaller. It has become apparent that this anthem thing is an issue that is not going away. Different teams are handling it in different ways. For example, the Miami Dolphins officially classified anthem protests as being “detrimental to the club.” Any members of the Miami Dolphins that participate in an anthem protest could be fined or even suspended from play.

Teams like the Dolphins faced a lot of heat for setting up these policies, that is why Miami has since stated that the policy is not “set in stone.” Things are really getting shaken up in the NFL arena. Only time will tell what the future has in store for this game.