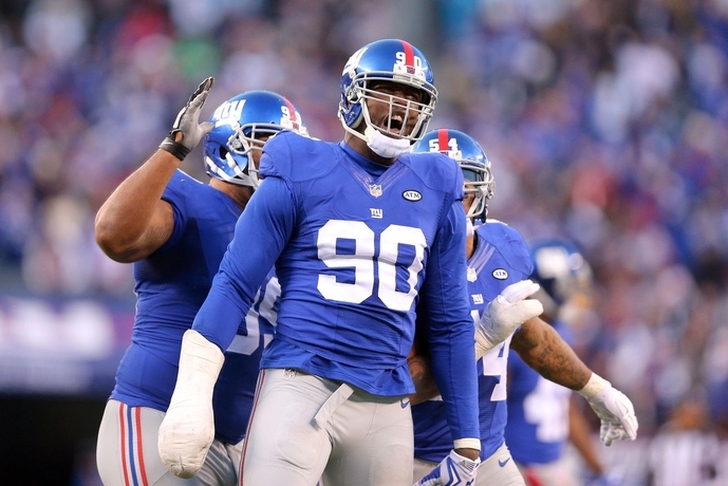 NFL Free Agency starts on March 9th, and the next few days will feature several a plethora of rumors for all teams around the league. While free agency doesn't officially start until Wednesday, the league has "legal tampering" days leading up to the start of the new team year, meaning teams can discuss contracts with any player - although a deal can't be signed until Wednesday. With that in mind, here are a few of the more interesting rumors and news tidbits around the NFC East.

Lamar Miller to Cowboys?
The Dolphins have decided to let starting running back Lamar Miller hit the open market and do not plan to re-sign him, according to the South Florida Sun-Sentinel's Omar Kelly, after the two sides could not agree to a contract. Miller is asking for about $8 million per year, while the Dolphins were only offering $5-6 million. The Cowboys, Colts, and Texans are the frontrunners to sign Miller, according to the Palm Beach Post.

Rams to take chance on Robert Griffin III?
The Rams adding Griffin would make for a great story, given that they're the team that received a king's ransom from Washington in exchange for the Redskins moving up in the draft to get Griffin. The Rams badly need a QB, as Nick Foles was a complete disaster at QB this year. Case Keenum was better, but he's not the long-term answer. It's fair to wonder if Griffin is the answer, but he fits the Rams' scheme and is better than Foles. If Griffin wants to play now, his best bet might be signing with the Rams - and LA would be smart to kick the tires to see if he's interested.

Giants re-sign DE Jason Pierre-Paul
The New York Giants re-signed star defensive end Jason Pierre-Paul to a one-year deal worth $10.6 million, according to multiple reports. He was limited to just eight games last year after losing his right index finger and damaging other parts of his hand in a July 4 fireworks accident, recording 26 tackles and one sack.

Victor Cruz Could Be Cut
Cruz was the Giants' No. 1 WR a few seasons ago, but injuries and the emergence of Odell Beckham have lessened his importance. In fact, the Giants might end up cutting Cruz.

#Giants have informed WR Victor Cruz they will release him unless he agrees to pay cut. Negotiations under way, per source

Cruz has a $9.9 million cap hit next season, a number that doesn't match his play. Cutting Cruz would save the Giants just over $6 million in cap space.

Murray picked Titans trade
Tennessee pulled off one of the more surprising trades in recent memory by acquiring running back DeMarco Murray from the Philadelphia Eagles. However, ESPN's Adam Schefter reports that Murray initiated the trade because of his desire to play for the Titans.

Murray was given permission to find a trade partner, and he identified and sought out Tennessee, which he thought to be a good fit and an exciting opportunity, according to one person who knows Murray.