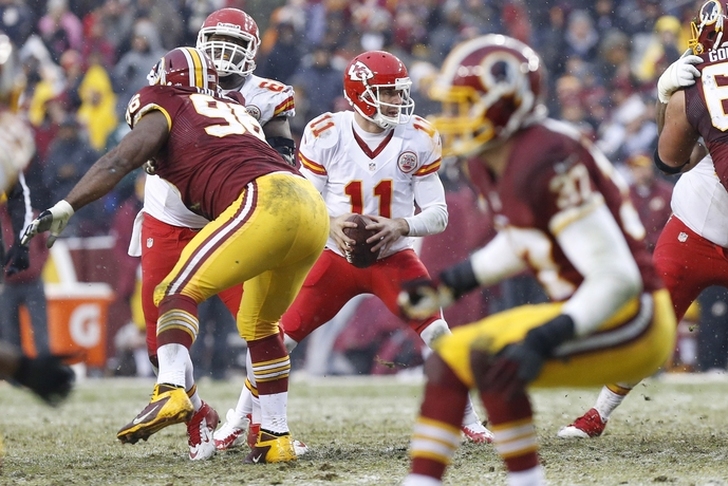 The Kansas City Chiefs will host the Washington Redskins tonight in the final game of the weekend on Monday Night Football. Kansas City comes into the game as the last remaining undefeated team in the NFL and are hosting a Monday night game for the first time in three years. As for Washington, they are on a two-game winning streak and are looking to make another statement to the rest of the league by knocking off the Chiefs.

Which team will emerge victorious on Monday night? Here's our preview and prediction.

What They're Saying About The Washington Redskins:
PHOTOS: Redskins Travel To Take On Chiefs (Redskins.com)
Terrelle Pryor starts slow; Redskins' D faces another challenge (ESPN)
3 Keys to Victory for the Redskins in NFL Week 4 vs. Chiefs (Fansided)

Key To The Game: Can Kansas City's offense continue this level of production?
The offensive explosion in Kansas City might be the most surprising thing that has happened in the NFL this year. Led by star rookie running back Kareem Hunt, the Chiefs lead the NFL in rushing yards and are third in scoring, averaging 31.0 per game. Andy Reid has found ways to get Hunt, Tyreek Hill and his other playmakers the ball early and often, and Alex Smith is throwing the ball downfield more than he ever has in his career.

However, they're going up against a Washington defense in this game that has been much better than expected. They're the only team that has beaten the Rams this year, limiting them to a season-low 20 points (they've scored at least 35 points in every other game). Then, last week, the Redskins held a high-flying Raiders offense to just 10 points. Can they do the same against the Chiefs?

Prediction: Chiefs win 27-14
In the end, I think the Chiefs are just too good to lose a game like this at home. Their stellar pass rush will get plenty of pressure on Kirk Cousins and disrupt Washington's offense as a whole, while no one has been able to slow down Kareem Hunt yet. Kansas City wins convincingly.