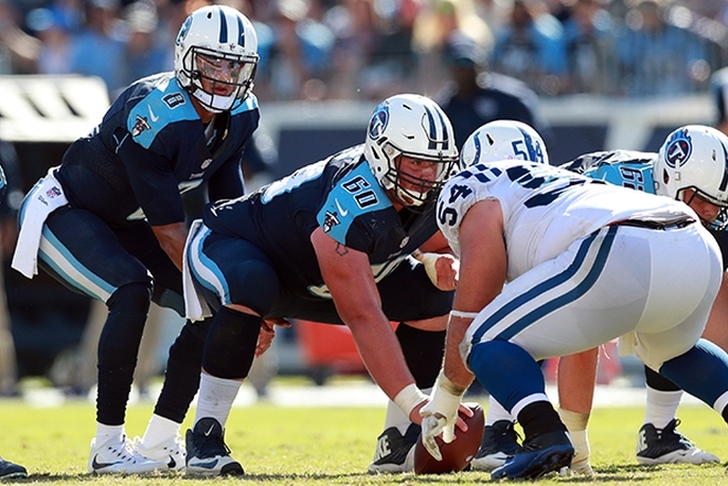 The Tennessee Titans are hosting the Indianapolis Colts tonight in the final game of the weekend on Monday Night Football. The winner of this game will move into a tie for first place in the division with the Texans and Jaguars, while the loser will be alone in last place. Quarterback Marcus Mariota is making the start for the Titans after missing last week's loss to the Dolphins with a hamstring injury.

Which team will emerge victorious? Here's our preview and prediction.

What They're Saying About The Indianapolis Colts:
A Perfect Storm of Problems Plagues Titans, Colts Keep Getting Healthier (Stampede Blue)
Andrew Luck's injury: How we got here and when he will return (ESPN)
Colts vs. Titans: Can the Colts learn to finish? (Indianapolis Star)

Check out the NFL Daily podcast!

Key To The Game: How effective will Marcus Mariota be?

Mariota is playing in tonight's game despite being listed as questionable all week with that hamstring injury, and it figures to severely limit his running ability. Though Tennessee is a run-first offense, they like to utilize Mariota's mobility to get him outside the pocket and put pressure on opposing defenses. This figures to change the way the Titans will run their offense.

However, Tennessee's rushing attack will be more than fine with DeMarco Murray and Derrick Henry. Mariota will have to make plays from the pocket, assuming the injury limits him. If he's efficient, Tennessee will win easily.

Prediction: Titans win 30-17
Tennessee will end their 11-game losing streak to the Colts tonight. Indianapolis has been a scrappy team all season, but without Andrew Luck, they don't have enough talent to compete with a team like the Titans (their two wins came against the Browns and 49ers). The Titans should grab a big lead early and cruise to an easy victory.