Marshawn Lynch Has Privately Expressed Interest In Playing For Patriots 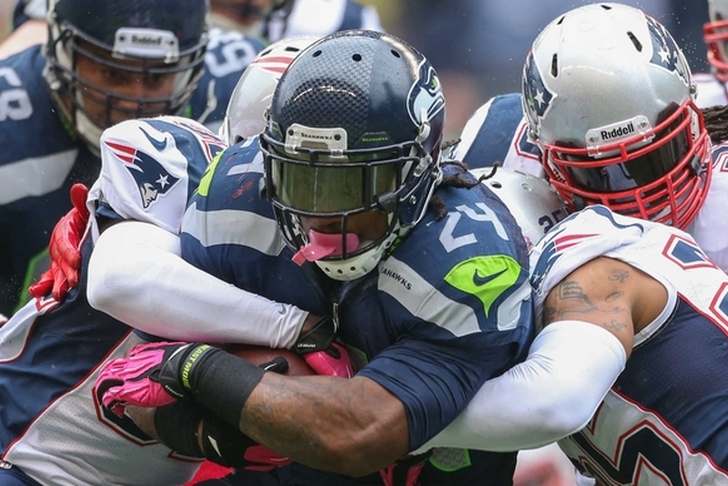 The return of Marshawn Lynch to the NFL might not be "Raiders or bust." According to Jeff Howe of the Boston Herald, Lynch is open to joining the New England Patriots if things don't work out his hometown Raiders.

Marshawn Lynch update: He has privately expressed interest in playing for Patriots if talks break off with Raiders. Keep an eye on that.

Howe says Lynch and the Pats is a long-shot, but that the sentiment from Lynch exists.

As for why talks could break off with the Raiders, it would likely arise from a compensation issue. Lynch is due $9 million if and when he returns from the NFL, which neither the Seahawks nor Raiders want to pay. But, the Raiders don't want to take on that salary and give up a pick to get him from Seattle.

Of course, those same compensation issues are still present if the Patriots want Lynch. If Lynch does return, a new contract is likely needed.

Still, Lynch going anywhere except the Raiders seems unlikely. Especially since it's his hometown team and he's already expected to eventually join them.

Download the Chat Sports App for all the latest on Marshawn Lynch's return.