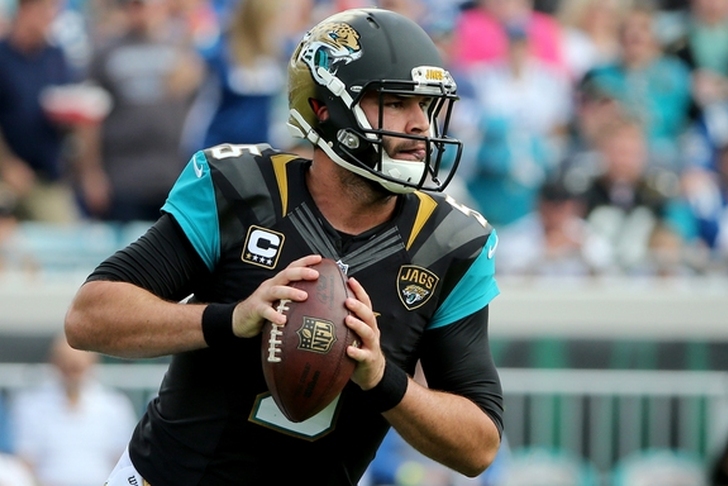 At the beginning of the year, oddsmakers posted some rather generous future book odds on the likelihood each team would win the Super Bowl. While a number of sports gamblers and novice took a shot at predicting the outcome before the season started, it’s not too late to get in on the action. With only 2 weeks remaining in the regular season, odds are still available on any team with a mathematical chance of making it into the playoffs.

Anyone interested in making a future book bet now would want to look for real value. Due to an unusual set of circumstances, the Jacksonville Jaguars may offer that value. They are currently listed at around 25-1 to win the Super Bowl with most bookmakers. This is a rather large number considering how well the team has played all year long. With a record of 10-4, the Jaguars are currently listed as the third seed in the AFC. To be clear, a bet of $1,000 on the Jaguars would result in a profit of $25,000 should they win the Super Bowl. As a point of reference, the Los Angeles Rams are the current third seed in the NFC and sit at 10-4 with the exact same record.

Why is this? Well, the Jaguars are in the same conference as the defending Super Bowl Champ New England Patriots. The Pats (11-3 record) are favored to repeat at odds of 2.5-1 on most betting sites. Beyond the Pats, the Jaguars matchup favorably with every other team in the conference. After all, they rank #5 in the NFL for scoring offense and #1 in scoring defense. It doesn’t make sense that the Kansas City Chiefs, Pittsburgh Steelers and Seattle Seahawks are all shorter odds with bookmakers. That’s a clear indication that someone is underestimating how good this Jacksonville team is on the field. Even the Pats have cause for concern. While they are marginally better than the Jaguars on scoring offense, the defensive advantage clearly belongs to the Jags. The odds discrepancy is out of whack.

Should the Jags win the AFC Championship, they would face the best of the NFC in the Super Bowl on February 4, 2018. While the Eagles would appear to have an advantage over the Jags on both sides of the ball, the Eagles recently lost starting QB Carson Wentz to a season-ending injury. While backup QB Nick Foles is serviceable, the talent gap may be enough to give the Jags defense a slight advantage over the Eagles offense. The Minnesota Vikings would be formidable on defense, but they are a one-dimensional team on offense that can’t run the ball and the Jags rank #1 against the pass by a wide margin. Both the Falcons and Saints seem a slight bit behind the Jags statistically at equal or lower odds.

It’s not often a team with a statistical profile such as Jacksonville will be listed at a ridiculous 25-1. If you are willing to look at the facts, you will see that win or lose, a play on the Jacksonville Jaguars to win the Super Bowl represents REAL value.