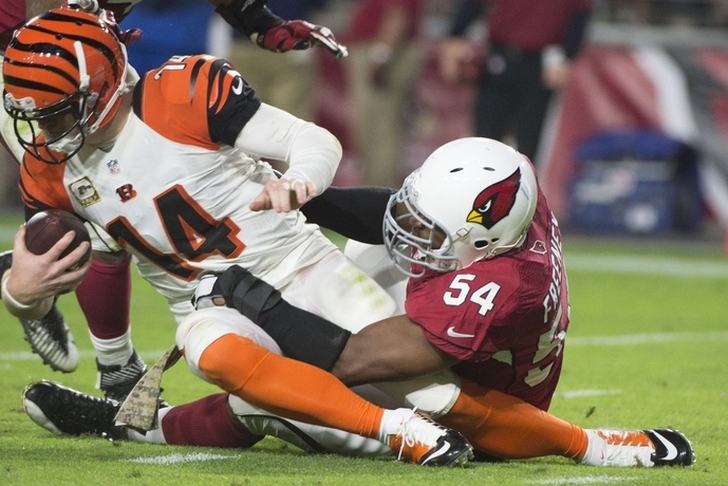 As NFL teams prepare for the start of training camps at the end of the month, many teams are focused on the July 15 franchise tag deadline. Players who have been tagged need to reach a long-term extension with their respective teams by that date, or sign their franchise tender. Check out the latest NFL news and rumors below.

Bengals to sign Dwight Freeney
The Cincinnati Bengals have one of the most well-rounded rosters in the league, but one area they're trying to improve is their pass rush. Director of player personnel Duke Tobin recently told the team's website that one player they're looking at signing is veteran Dwight Freeney:

“We have the ability right now. We have a spot open so we’ve talked about some things,” Tobin said. “We feel good about the roster as it is. If there’s an opportunity to add another piece at the right position at the right price we’ll think about doing it. From our standpoint in personnel, the roster is never set. We’re always open to improvements if we can find them. Who knows what will happen, but it’s a pretty quiet time around the Bengals facility right now.

“I think you always weight the ramifications of adding a guy. Anybody that we bring in at this time of the year is going to have to make his way. We’re not going to be signing anybody – I don’t care if it’s an 8-time Pro Bowler or a college free agent – there’s no guarantee for anybody you bring in at this point. Whoever we sign if we sign somebody will have to prove their value and will have to make the club. And they’re going to have to be better than who we already have on the club. At the end of the day we’ll make some tough cuts – we always have – and this year won’t be different. But we’re going to keep the 53 best players for sure.”

Freeney, who is currently a free agent, said he is "95 percent" sure he wants to return next season instead of retiring. He was a spot pass rusher with the Cardinals last season, but still racked up eight sacks and three forced fumbles in just 11 games.

Tyrod Taylor focused on season, not contract
Taylor has been engaged in extension talks with the Buffalo Bills as he enters the final year of his contract - which will pay him just over $3 million this season - but the two sides have had little success in negotiations. However, Taylor says he is only focused on winning games at this point:

"The contract situation will play out. My mindset is to go out there and win games," Taylor told ESPN. "Do whatever it takes to win games, lead the guys, be the leader on the field, off the field and a commander. But I'm not necessarily focused on the contract. I can't control that. ... I've always been one that focuses on the things I can control, and that's going to be my preparation and how I go out there and play. I'll let everything else take care of itself."

The Bills aren't sold yet on Taylor being the team's long-term solution under center, and they want him to prove himself again next season. Taylor surprisingly won the starting QB job in training camp last season and had a solid season, passing for 3,025 yards, 20 touchdowns and six interceptions while rushing for 568 yards and four more touchdowns in just 14 games.

Thomas Rawls will be ready for camp
Rawls is expected to replace Marshawn Lynch as the Seahawks' No. 1 running back in just his second NFL season, but he is still recovering from an ankle injury that he suffered in December.

After missing OTAs, it appears that he will not have to miss any more time. He told ESPN's Sheil Kapadia that he will "most definitely" be ready for the start of training camp this season.