The Latest NFL Rumors On Ryan Fitzpatrick And The Jets, Kirk Cousins, Chris Culliver And More 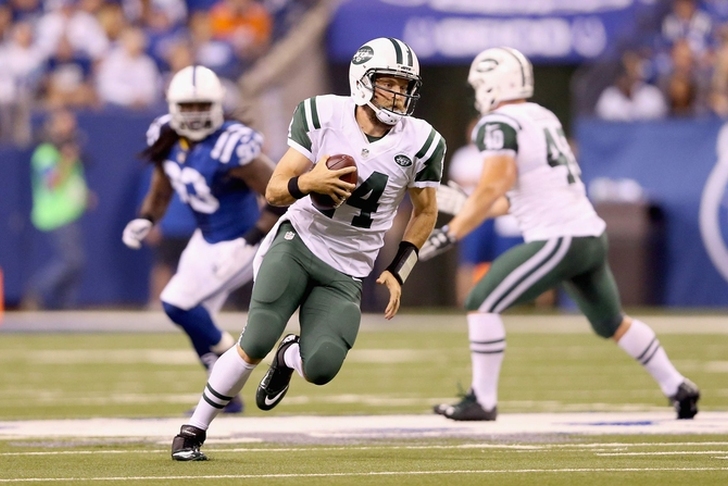 Training camps are nearly here for the NFL, with the start dates for many teams less than two weeks away. Potential camp battles, as well as a few notable free agents who have yet to sign, are the main talking points during the final few weeks of the offseason. Check out the latest NFL news and rumors below.

Fitzpatrick And Jets Set To Continue Contract Standoff?
The New York Jets and QB Ryan Fitzpatrick are still far apart on their contract discussions. In fact, Ian Rapoport says the disagreement could extend into the preseason.

"There has been really no movement from either side, everybody is dug in," Rapoport said. "So it certainly could be within the realm of possibility that we have to see not just a little bit of Geno Smith, like maybe a couple reps in OTAs or mini camp, but a lot of Geno Smith, maybe even into preseason games, for there to be some sort of movement here between the Jets and Fitzpatrick, so expect to be having this conversation a few more times."

Fitzpatrick nearly led the Jets to the playoffs last season, but wants more than the three-year, $24 million (with $12 million in first year) that Jets are offering. Fitzpatrick has not returned texts to WR Brandon Marshall, which has started to worry Marshall. If the Jets don't re-sign Fitzpatrick, Geno Smith is the likely starter.

Cardinals Looking At Chris Culliver?
There are only a handful of free agents left on the market, but CB Chris Culliver is one of the notable ones. The Arizona Cardinals are one team that will take a look at him.

The Cardinals has also checked out CB Leon Hall, who is still unsigned. Culliver is recovering from a torn ACL and MCL, and there's a chance he won't be ready for the start of the season. He was cut by the Redskins after they signed CB Josh Norman.

Redskins Open To Moving On From Cousins?
Starting QB Kirk Cousins will play out this season under the franchise tag, which makes sense given that he'll make $19 million. The Redskins never offered Cousins more than $16 million per year, even after Brock Osweiler and Sam Bradford passed that figure. According to Mike Florio (writing on SI.com), that's because the Redskins are willing to move on from Cousins and not pay him a premium.

The team believes that, by 2017 or 2018, it will have found a quarterback on a slotted, low-money rookie four-year deal who can do what Cousins does, or close to it. That could be 2016 rookie sixth-rounder Nate Sudfeld, or it could be someone else. Regardless, Washington believes that someone younger, cheaper, and just as good if not better can be found, if Cousins still insists after 2016 or 2017 on breaking the bank.

The Redskins offered Cousins $24 million guaranteed, but Cousins wanted $44 million. If Cousins plays well again this year, the Redskins could elect to tag him again, although Cousins' contract demands will only go up.

Trevor Siemian A Threat To Win The Starting Job?
The presumed starter for the Denver Broncos at QB is Mark Sanchez. However, second-year pro Trevor Siemian is pushing Sanchez and appears to be a serious threat.

"The Trevor Siemian talk and chatter is real," Adam Schefter said on Sirius XM. "He has a legitimate chance to win the job ... the competition is real."

Siemian was a seventh round pick out of Northwestern in last year's draft. He made the roster, but didn't take any notable snaps. He's the sleeper in the race (with first round pick Paxton Lynch likely to take a redshirt year), but Sanchez should still be the favorite.

Dolphins Unsure Of Dion Jordan's Status
Training camp is less than two weeks away for the Dolphins, and they are still unsure if DE Dion Jordan will be there. The Miami Herald reports the NFL has not told either side if Jordan's indefinite suspension will be lifted. Jordan's camp expects the former No. 3 overall pick to be reinstated. Jordan has failed to live up to expectations during his NFL career, and he's running low on time.