The Latest NFL Rumors And News On Reggie Nelson, Eagles Moving Up For Carson Wentz And More 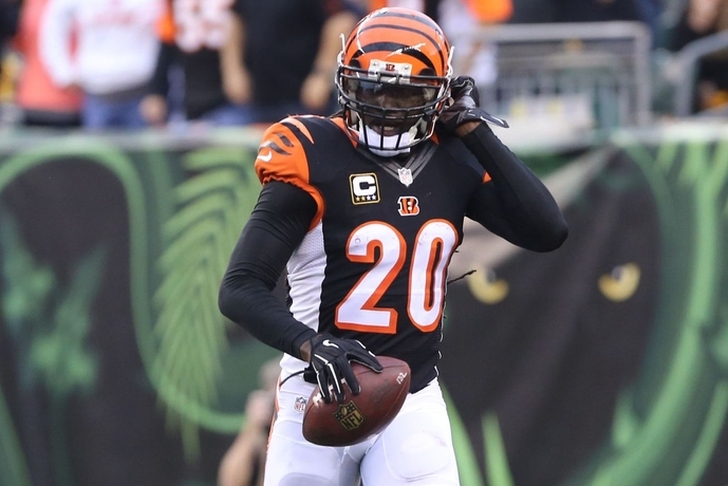 Eagles Want To Move Up For Wentz?
North Dakota State QB Carson Wentz is widely considered the top QB prospect in this year's draft. The Browns could take him at No. 2 overall, unless another team makes a move up for him, like the Eagles. NFL.com's Lance Zierlein told 97.5 The Fanatic that the Eagles want to move up to take Went.

"Make no mistake about it, I still think the Eagles first and foremost are trying to find a way to get Carson Wentz," Zierlein said. "I know Doug Pederson loves him. I know that from people behind the scenes, in the know. That's who he wants and that's who he likes. It's just going to be tough."

The Eagles have already moved up to the No. 8 overall pick from the No. 13 overall thanks to a trade with the Dolphins. But moving up to No. 1 overall will be expensive, and with no second round pick this year, it will cost the Eagles at least one future first round pick. The Eagles' interest is also interesting, given that they gave out over $30 million in guaranteed money this year to Sam Bradford and Chase Daniel.

Reggie Nelson Expected To Sign With Raiders
The Raiders still need safety help, but they're about to land the top one left on the market.

Nelson picked off eight passes for the Bengals, but his age has helped prevent him from landing a deal with a team. Nelson likely wanted a longer deal that most are willing to give a 33-year old safety, and it's unclear just how long his deal with Oakland will be.

Bengals Work Out Hakeem Nicks
The Bengals lost WRs Marvin Jones and Mohammed Sanu this offseason and although they signed Brandon LaFell, they are looking at other WRs.

Nicks hasn't been the same player he was early in his career. The Bengals also brought in former Bills and Buccaneers WR Mike Williams. That's the Syracuse one, not the USC one who was a Top 10 pick. This could just be a case of the Bengals doing their due diligence in the event they don't land a WR or two in the NFL Draft.

Dak Prescott Visiting Broncos
The Broncos are still in need of QB help, with their trade for Colin Kaepernick currently on hold indefinitely. Denver is looking at options in the draft, including Mississippi State.

#MissSt QB Dak Prescott is headed to do a pre-draft visit with the #Broncos today. You may have heard, they're looking for a QB...

Prescott is a likely a Day 2 or early Day 3 pick and rose up draft boards after a solid Senior Bowl. However, his stock was hurt by his DUI arrest just days after his Pro Day.

Jaguars Bringing In Several Prospects
The Jaguars have the No. 5 overall pick in this year's draft, and are bringing in several players that they could take.

Hargreaves, Ramsey, Bosa and Jack are the most likely picks for the Jaguars. They'd likely jump all over Ramsey if he slipped, but that seems unlikely. No. 5 overall is too early for Apple, while the Jaguars don't have a major need for Stanley with the addition of Kelvin Beachum.