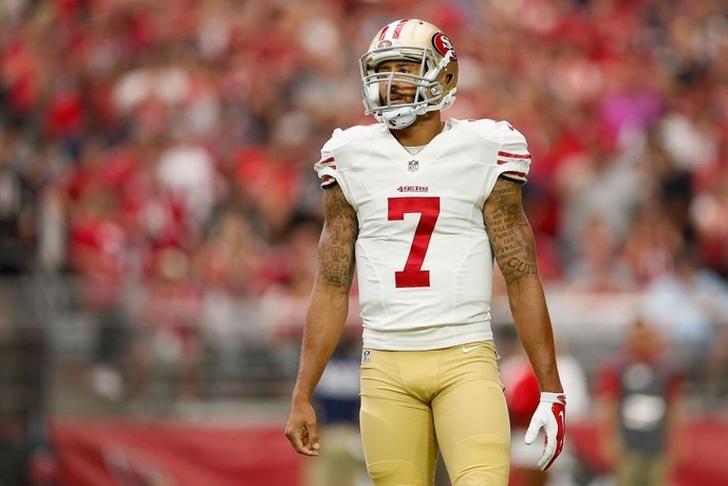 Raiders, Aldon Smith Close To Deal
The Oakland Raiders are close to a deal to bring back OLB Aldon Smith.

Smith will be suspended for until at least Nov. 17, 2016. He was hit with a one-year suspension last season and can't apply for reinstatement until then. Smith played well for the Raiders before the suspension. No word yet on the nature of the contract.

Nelson is the top safety left on the market and is coming off an eight interception season. However, he'll also turn 33 this season. His age is likely why he has yet to land a contract with a team.

Source: #49ers QB Colin Kaepernick will not take pay cut, nor will team pay off part of deal to make trade happen. No deal with #Broncos.

The Broncos wanted Kaepernick to take a $4.9 million pay cut this year, or for the 49ers to pick the tab. Neither side was willing to do so. Until Kaepernick or the 49ers budge (or the Broncos up the draft pick compensation), it sounds like a deal won't happen. Ian Rapoport says the 49ers refusing to kick in money means there is no trade on the horizon.

Cowboys Trading Up?
The Dallas Cowboys are looking into QBs in this year's draft and that includes the possibility of moving up in the draft to land Carson Wentz.

#Cowboys exploring several options to get a QB this draft, including possibility of moving up to #1 for Carson Wentz.

The Cowboys got an up-close look at Wentz at the Senior Bowl, where he was sharp. The cost to move up for Wentz would be expensive, but it would give the Cowboys a franchise QB to groom behind Tony Romo. And while the Cowboys are likely to take a QB at some point, exploring the possibility of moving up for Wentz doesn't mean they actually will. Allbright reports the team is also looking at Connor Cook and Jacoby Brissett.

As for what it would cost to land Wilkerson, there's some disagreement over that. SI.com's Peter King thinks it will take at least a first round pick, while NJ.com speculates a second rounder and fourth rounder could be enough to get a deal done. If a team trades for Wilkerson, they'd need to offer him a contract that approaches the one J.J. Watt signed, and possibly even larger.