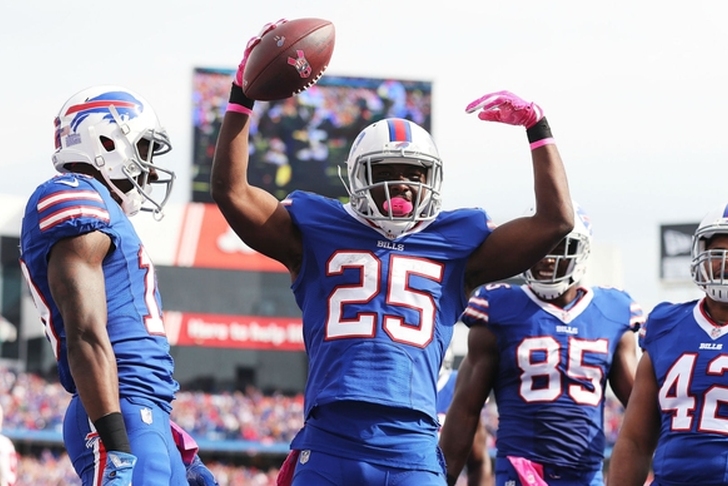 The 2016 NFL season is in full swing, and Week 7 ramps up this weekend. The season is still nearing its halfway point, and as a result, injuries are piling up for several teams throughout the league. From signings to ongoing position battles, here is everything you need to know from around the league:

Players, executives mad at NFL over handling of Josh Brown case
New York Giants kicker Josh Brown has been placed on the commissioner's exempt list as the NFL re-opens their investigation into him after he admitted to abusing his wife in police documents, and according to ESPN, both players and team executives are made at the league's handling of the situation:

NFL owners, executives, coaches and players have privately been expressing their displeasure over how the league and the New York Giants have handled the domestic violence allegations against kicker Josh Brown, sources confirmed to ESPN.

One team owner has called the situation an "embarrassment," sources said, as more information into Brown's alleged abuse becomes public.

NFL senior vice president Adolpho Birch, in a letter sent to Brown, said the league wants to investigate further upon learning of the new documents.

But an NFL owner, sources said, questioned how the situation reached this point, considering the league implemented a domestic violence initiative under its personal conduct policy in 2014 and hired three female advisers to assist on these issues.

Two league officials believe the NFL was disinterested in Brown's case when compared to the fervor with which it pursued the New England Patriots over Deflategate.

McCoy to play Sunday?
Reports earlier in the week indicated that Buffalo Bills running back LeSean McCoy would miss Sunday's game against the Dolphins with a hamstring strain he suffered in practice on Wednesday, but that is no longer the case. ESPN's Mike Rodak reports that McCoy will be a game-time decision:

Coach Rex Ryan, however, said the Bills have yet to rule McCoy out for Sunday's game against the Miami Dolphins and that he will "probably" be a game-time decision.

"We'll see how it goes," Ryan said. "We'll be smart with him, but he looked pretty good [Friday]."

McCoy, speaking Friday for the first time since suffering the injury in practice Wednesday, also considered himself a game-time decision.

"I just felt all right," McCoy said of his return to practice Friday. "I didn't do a lot of reps today. Just was real limited, just seeing how I feel. We'll see what happens [at Saturday's walk-through practice]."

McCoy has a history of hamstring injuries, and he missed four game last season with a hamstring issue. He is currently the NFL's second-leading rusher with 587 rushing yards on 104 carries. He also has six rushing touchdowns and one receiving touchdown.

Redskins place Doctson on IR
The Washington Redskins announced they have placed rookie running back Josh Doctson on injured reserve with an Achilles injury:

Washington Redskins head coach Jay Gruden on Friday announced that rookie wide receiver Josh Doctson, the team’s first pick in the 2016 NFL Draft, has been placed on Injured Reserve. In a corresponding move, the team signed Maurice Harris from the practice squad to the active roster.

“We saw another specialist, a couple of them now, I think with all the work that we put in we thought it was best to immobilize him for a little bit of time and see if that can help by the time he gets out of the boot," Gruden said of Doctson. "Then he’ll need time to see if he’s ready and hopefully we’ll get him back for the last maybe two games of the year."

Doctson has been limited in two appearances this season, catching two passes for 66 yards.