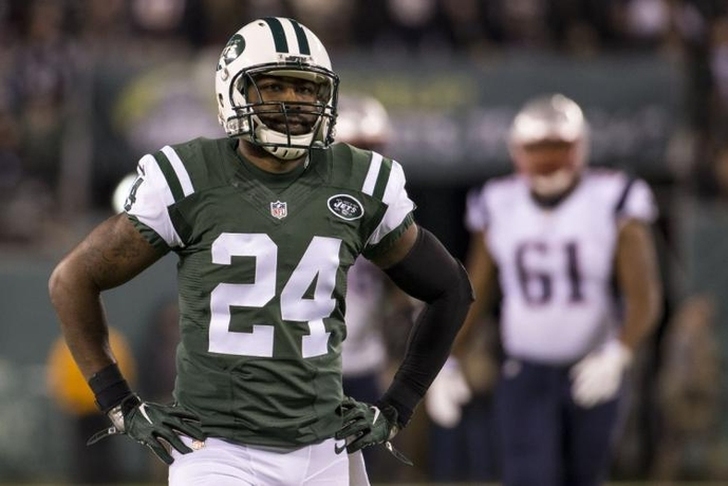 NFL free agency well under away and while most of the big names are already off the market, there are plenty of notable players still on the market. Trade rumors are also starting to heat up with just over a month until the upcoming NFL Draft. Here are all the latest news and rumors you need to know.

Patriots And Darrelle Revis (Again)?
The market for CB Darrelle Revis isn't great, in large part because he struggled badly last year. However, Ben Volin of the Boston Globe reports the Patriots could being back Revis.

Don’t discount the return of Darrelle Revis, now a free agent after being released by the Jets. One league executive said the Patriots “are the only team that makes sense” to sign Revis, as not many teams have a need for an expensive, aging cornerback with questionable work ethic. But Belichick could get the most out of Revis and find a way to use him — maybe not as a starting cornerback, but certainly as a depth piece at corner or strong safety.

Revis should sign cheap, because he's getting paid $6 million by the Jets next year. Any salary he signs for would offset that salary. Of course, Revis would have to be willing to play for very little. After a terrible effort in 2016, Revis isn't getting the money he's used to next year.

Could The Eagles Make Another Splashy Draft Trade?
The Philadelphia Eagles brought in LSU RB Leonard Fournette for a visit Saturday, which would just be viewed as the team doing it's due diligence. But Mark Eckel of NJ.com floats another idea: could the Eagles and GM Howie Roseman be angling for another draft day trade?

"Maybe Howie (Roseman) has something going on again,'' a person familiar with the Eagles told NJ.com. "You never know. He likes to make a splash."

But getting Fournette wouldn't be easy. Just getting to the No. 5 pick would likely cost the Eagles their first, second and third round pick. Eckel suggests including a player or 2018 draft picks to help lessen the draft pick loss from this year's class. But with the cost required to move up, getting Fournette might be too difficult for the Eagles to pull off.

Big Ben "Leaning" Towards Returning
Ben Roethlisberger floated the idea of retirement early this offseason, but it appears the Pittsburgh Steelers don't have to worry about that too much right now. Roethlisberger said he was leaning toward returning, per the Observer-Reporter.

"I'm leaning towards it," Roethlisberger replied.

And that shouldn't be a surprise, since Big Ben is only 35 years old and still playing at high level. The injuries are a concern, but Roethlisberger is still playing well. While he might not play for much longer, it'd be a surprise if he's not back next year.