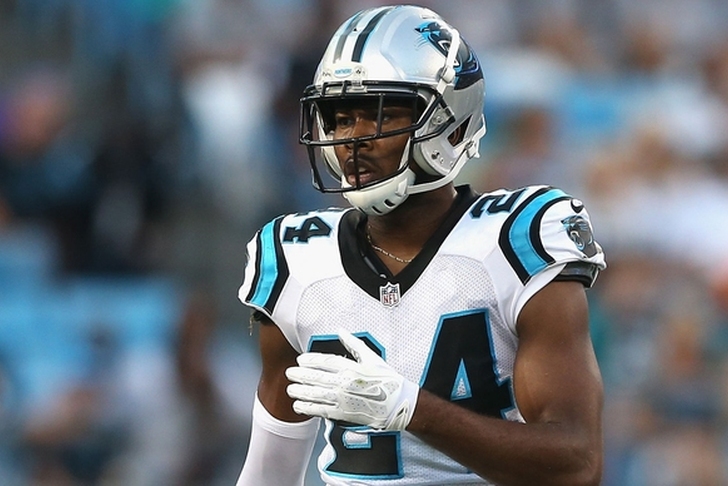 With the NFL Draft less than a week away, the draft rumor mill is starting to pick up. The rumors around the draft aren't limited to just the prospects who could be selected, but also current players who could be moved on draft day. There's also the availability of CB Josh Norman, who is a free agent after the Panthers pulled the franchise tag off him. There are plenty rumors, news and speculation floating around the NFL, so check out the latest and greatest of those NFL rumors below.

Sam Bradford Trade Update
There was a report yesterday that Eagles QB Sam Bradford wanted a trade after the Eagles moved up to the No. 2 overall pick to land a QB this year. However, that doesn't mean the Eagles will actually move Bradford.

Guys, I dont know how to make this any more clear: The Eagles are not trading Sam Bradford, and he will start at QB in 2016 barring injury.

The Eagles' plan appears to be starting Bradford for at least 2016, while letting Carson Wentz (or Jared Goff) sit and learn. The Eagles also have Chase Daniel, who will be the backup.

Josh Norman Update
NFL free agency is getting a late revival thanks to the Panthers letting Norman hit the open market. A deal is expected to be struck quickly, as Norman wants to sign before the draft. Two teams have emerged as front-runners.

Josh Norman’s deal, when complete, expected be between $14 to $15 MIL per year, per sources. 5-year deals being discussed with Wash and SF.

The 49ers have plenty of cap space and a major need at CB, so they aren't much of a surprise. The Redskins are, as they have just $11 million in cap space. They would need to clear money to sign Norman and their draft picks by cutting a few players. The Redskins can save just under $4 million by cutting DeAngelo Hall and $8 million by dumping Pierre Garcon. Getting a long-term deal for Kirk Cousins and making his $19 million cap hit smaller would help as well.

The Miami Dolphins were in the mix, but have pulled out the running. Norman's price tag appears to be too high for the Dolphins, given that they have just $11 million in cap room and no real way to clear enough space.

Bears, Dolphins Looking At Elliott?
The Dolphins and Bears both appear to have interest in Ohio State RB Ezekiel Elliott, who many projected to go No. 8 overall before the Eagles traded out of the spot. The Dolphins, picking at No. 13, have "strong interest" in Elliott, reports the Miami Herald. If Elliott last that long, there's a good chance the Dolphins pick him. However, the Bears at No. 11 also are high on Elliott. The Chicago Sun Times reports Elliott is "squarely on the Bears' radar." Elliott is interested in the Bears because RBs coach Stan Drayton recruited him to Ohio State. But with Jeremy Langford already in town, the Bears might pass on Elliott in favor of more defensive help.

Bad News For Jaylon Smith, Good News For Kendall Fuller
The NFL Combine medical rechecks are complete, and it's not good news for Notre Dame LB Jaylon Smith. The potential Top 10 pick blew out his knee in Notre Dame's Bowl Game, and it's unlikely that he'll play in 2016. Not only that, his knee injury is so bad that Charlie Campbell of Walterfootball.com reports at least a few teams have pulled Smith off their boards. While Smith likely won't go until Day 3, he's so talented that some team will take a chance on him.

As for Fuller, Campbell reports his recheck indicated that he'll be ready to go in time for training camp. Fuller should go early on Day 2, and there's a chance he ends up as a late Day 1 selection.