The Latest NFL Rumors On The NFL Draft, Browns And Broncos Trying To Trade Up And More 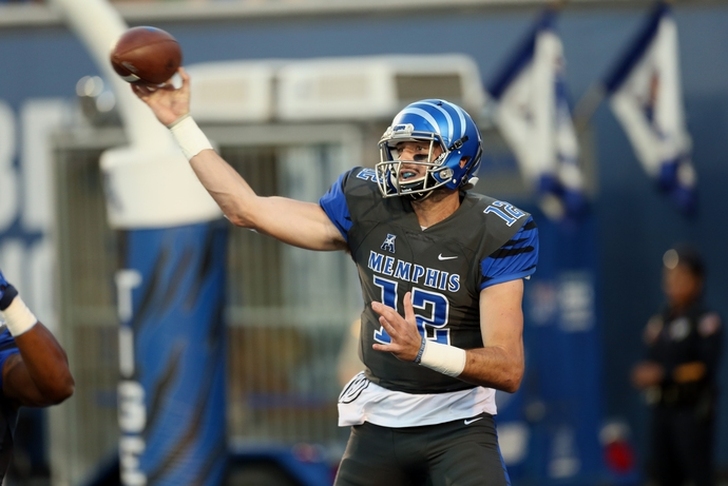 With the NFL Draft less than a week away, the draft rumors are starting to pick up. The rumors around the draft aren't limited to just the prospects who could be selected, but also current players who could be moved on draft day. There are plenty rumors, news and speculation floating around the NFL, so check out the latest and greatest of those NFL rumors below.

Broncos Trying To Move Up?
The Denver Broncos hold the No. 31 overall pick in this year's NFL Draft, but they could be looking to move up. Charlie Campbell of WalterFootball.com reports that the Broncos have looked into moving up this year. The Broncos would be in the market for a QB, and have spoken with the Packers. The goal would likely be Paxton Lynch, who the Chiefs could take right after the Packers. But the Broncos might need to move up in front of the New York Jets at No. 20 to land Lynch given that the Jets need a QB as well.

Browns Looking To Do The Same?
The Browns have also looked into moving up, reports Campbell. The Browns hold the No. 32 overall pick, but moving into the first round would allow them to have a fifth year option on whomever they select. The Browns could try to land a QB like Lynch, Campbell reports, and have spoken to the Packers. However, don't rule the Browns going after a WR. A trade with a team like the Redskins would allow the Browns to get in front of several WR-needy teams.

Bills Looking At WRs In Round 1?
The Buffalo Bills have Sammy Watkins as their No. 1 WR, but they could be in the market for a player to pair with him. And they might take one early in the draft.

#Bills eyeing bigger WRs in Round 1 is the newest buzz. Treadwell, Doctson, Thomas

The Bills have needs on defense, but adding a bigger WR would help their offense. They lack a true No. 2 option to pair with Watkins. If the Bills take a WR, it could trigger a run on WRs. Several teams drafting after the Bills are in need of WR help.

The Stanford QB won't be a Day 1 or Day 2 pick, but several teams have checked out Hogan.

Hogan improved his release this year, although it's still not ideal. Not listed on Rapoport's list are the Bills, who showed plenty of interest in Hogan. He'll likely be a Day 3 draft pick, with an NFL team hoping they can develop Hogan into a quality backup.