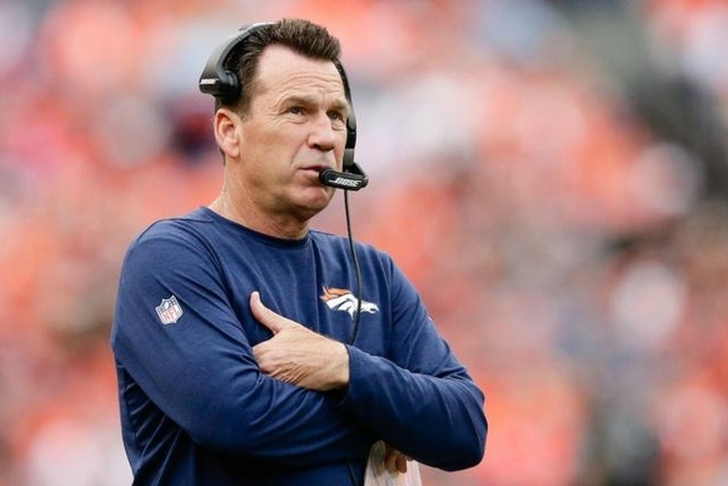 Another crazy NFL weekend wraps up tonight with the Panthers hosting the Buccaneers, and several happenings from yesterday's games will likely impact the rest of the season. From the latest injuries and signings to ongoing position battles and off-field incidents, here is everything you need to know from around the league:

Kubiak to miss Thursday's game
The Denver Broncos are coming off their first loss of the season after falling to the Falcons on Sunday, and now they will be without their head coach for their next game, the team announced.

Kubiak was diagnosed with a complex migraine condition that caused extreme fatigue and body weakness. He received medication and is feeling much better with an expected release from the hospital this afternoon.

With Head Coach Gary Kubiak recuperating from a complex migraine that led to his overnight hospitalization following Sunday's game, Special Teams Coordinator Joe DeCamillis will serve as the Broncos' interim head coach for their Thursday night game against the San Diego Chargers.

Executive Vice President/General Manager John Elway cited DeCamillis' work in game-management situations with Kubiak and analytics guru Mitch Tanney as a reason why DeCamillis will be the interim coach.

Kubiak will take this week off and is expected to return to work next Monday, Elway said.

Denver will travel to take on the San Diego Chargers on Thursday night, then have a long week for Kubiak to recover as they don't play again until the next Monday night.

Browns expect Kessler to start Sunday
Cleveland Browns rookie quarterback Cody Kessler left the team's 33-13 loss to the Patriots with a rib injury, but the team expects him to be able to play next weekend against the Tennessee Titans, reports ESPN's Pat McManamon.

Kessler bruised his ribs but did not break them in a 33-13 loss to New England. Jackson said Kessler will practice this week.

"There's a good chance that he will have an opportunity to be out there [in the game]," Jackson said.

"We'll know more about exactly where he is as we go through the week, but he definitely will have a chance to go out there and practice," Jackson said.

Kessler has started three games this season, passing for 529 yards, two touchdowns and one interception while completing 66.7 percent of his passes.

Mathis out for season?
Arizona Cardinals offensive lineman Evan Mathis has been placed on injured reserve and is expected to miss the rest of the season after having ankle surgery, reports Kent Somers of the Arizona Republic:

Arians says Mathis will have surgery on ankle. Likely out for season. Chris Johnson or Tyvon Branch will be ready to move off IR sooner

Mathis signed a one-year deal with the Cardinals this offseason, and there are questions as to whether the team will re-sign him or not. The 34-year-old has played for Panthers, Bengals, Eagles and Broncos.