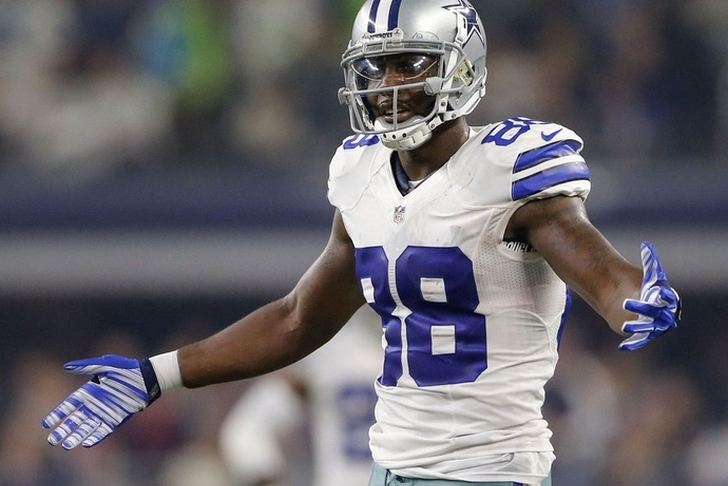 The fourth week of the NFL season kicks off tonight with the Cincinnati Bengals hosting the Miami Dolphins and there's plenty of buzz circling around the league ahead of this weekend's games. The injury bug has already hit several teams hard, and teams are scrambling to find ways to replace those injured players. Check out the latest NFL news and rumors below.

Dez Bryant latest
An MRI on Wednesday revealed that Dallas Cowboys wide receiver Dez Bryant has a hairline fracture in his knee that could keep him out for up to three weeks, but the Cowboys have plenty of other problems with their star wideout. According to multiple reports, Dallas has fined Bryant for missing the scheduled MRI on Monday and skipping team meetings on Tuesday.

"Right after the game on Sunday night, he got some information about his knee and he suspected it was a serious injury," head coach Garrett said. "He's a very passionate guy, like we've talked about, and he really thought he was going to get some bad news when he got the MRI on Monday. Like some of us do in life, at times, he avoided it and didn't come in to take care of his business on Monday or Tuesday. Then he came in on Wednesday and took care of that part of it (the MRI). We got the information. He suspected it was worse than the information that we got.

"I'm not going to share too much of what I talked to Dez about over the last couple days. But Dez understands he has a responsibility to be here. He was completely well-intended. He's a very passionate person. He loves football. He loves this team. He's a driven guy. His response to this was not the right one. It was an understandable response, given his personality and everything he puts into this. He's an emotional person and didnât handle it the right way. Now what we have to do as a team is we have to handle it the right way. We understand where he was coming from, and we address it, solve it and move on. That's how we handle things here. And that's what we've done."

The Cowboys still haven't ruled out Bryant for Sunday's game against the 49ers. Bryant has 11 catches for 150 yards and touchdown so far this season.

Decker to get MRI
New York Jets wide receiver Eric Decker re-aggravated a shoulder injury in their loss to the Chiefs on Sunday, and will have an MRI today to determine to extent of the injury, reports ESPN's Rich Cimini:

There's growing concern on the New York Jets about the status of wide receiver Eric Decker, who aggravated a shoulder injury in Sunday's loss to the Kansas City Chiefs.

Decker is expected to have an MRI this week to determine the severity of the injury. He didn't practice on Wednesday and wasn't spotted at the field, an indication the injury could be serious.

Coach Todd Bowles said he's "not sure yet" if Decker will play Sunday against the Seattle Seahawks.

Decker has nine catches for 194 yards and two touchdowns this season.

Bills to cut Bush?
The Buffalo Bills signed running back Reggie Bush this offseason with intention of having him backup starter LeSean McCoy, and they appeared to be so confident in him that they released talented second-year back Karlos Williams. However, after having just three carries all season, ESPN's Mike Rodak says the team could cut Bush soon:

Last Sunday, the former Heisman Trophy winner and No. 2 overall pick in 2006 was active and healthy but never entered the Bills' 33-18 win over the Arizona Cardinals. Instead, the Bills turned to Mike Gillislee and rookie fifth-round pick Jonathan Williams to take a total of six carries behind LeSean McCoy.

Bush's disappearance from the offense is a development that would seemingly put the veteran's job in jeopardy when the Bills must clear two 53-man roster spots when defensive tackle Marcell Dareus and offensive tackle Seantrel Henderson return from four-game substance-abuse suspensions next week.

"The thing I really like about Reggie is, when [receiver] Greg [Salas], we saw late in the week, Greg has this groin injury, we said, ‘Well, for an emergency, we need to teach Reggie how to play the slot receiver.' So we had plays designed for him to play the slot. We never got to it, but he was ready to go. That was impressive. I think for a guy, it’s tough because you don’t if you’re going to play or what, but you’ve got to be prepared, and he was."