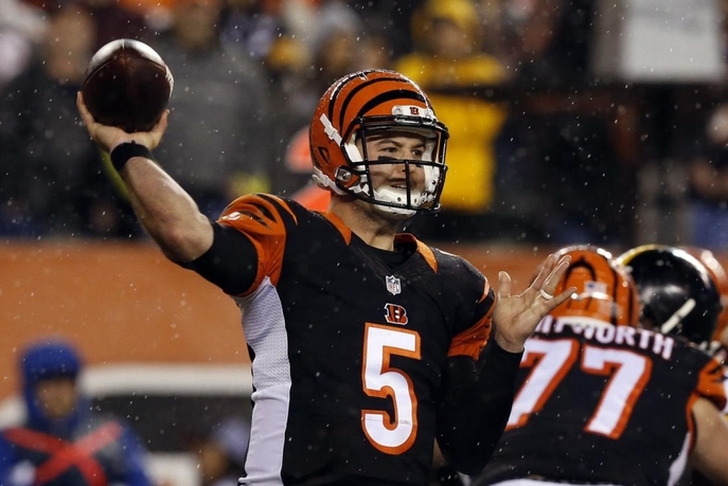 The NFL preseason is officially underway with the Hall of Fame Game in the books and the first full week of the preseason kicking off tonight. That means the NFL rumor mill is starting to really pick up with various roster moves, holdouts, extensions, injuries and possible trades. Here are all the latest NFL rumors you need to know:

Broncos not pursuing a trade for A.J. McCarron
The Denver Broncos had been linked to Cincinnati Bengals backup quarterback A.J. McCarron in trade rumors, but those reports are "150% false" according to Nicki Jhabvala of the Denver Post.

I'm told the Broncos are not trying to trade for AJ McCarron. "It's 150% false," source said.

Rumor of us being interested in anyone other than the QBs we have is another example of irresponsible, fake news!!

Marvin Lewis will coach for Bengals on Friday
Bengals head coach Marvin Lewis left the team on Tuesday due to a medial issue, but he said in a statement that he has returned to the team and will coach in Cincinnati's preseason opener on Friday against the Tampa Bay Buccaneers.

HC Marvin Lewis is back and will coach our game on Friday night. #Bengals50 pic.twitter.com/yZys561ZU2

Tyrone Crawford out several weeks with ankle injury
Dallas Cowboys defensive end Tyrone Crawford was carted out of practice on Tuesday with what appeared to be a serious ankle injury, but it turned out to be a sprain, according to Rob Phillips of the team's website.

The sprain will keep him out for a few weeks, but the Cowboys are hopeful that he will be able to return for the team's regular season opener against the New York Giants, according to NFL Network's Ian Rapoport.

#Cowboys DE Tyrone Crawford has a lateral ankle sprain that could keep him out until the end of the preseason, source said. Very fortunate.

Crawford had 28 tackles with 4.5 sacks and two fumble recoveries in 14 games last season.