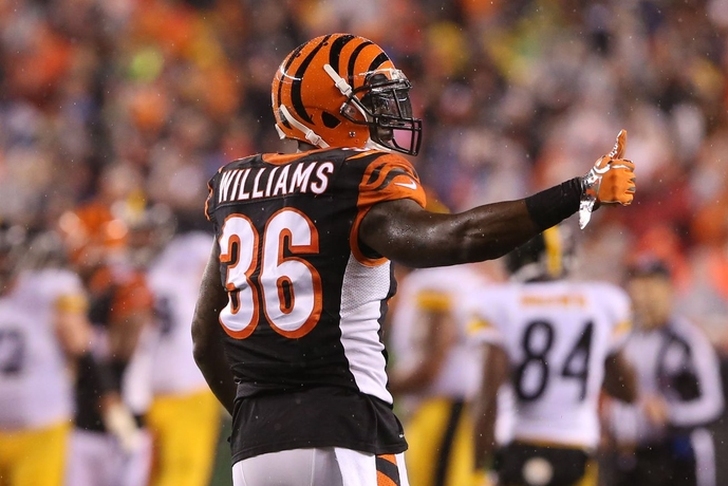 Training camps are here for every NFL team, and unfortunately, that means injuries are as well. Several players went down with potential serious injuries Tuesday, while a few others were cut from their teams. Most of the news and rumors from here until the start of cut time will focus on injuries, contracts, camp battles and, occasionally, a free agent signing. Check out the all latest NFL news and rumors below.

Bengals Injuries
Training camp is not off to promising start for the Cincinnati Bengals. For starters, rookie corner William Jackson III has a torn pectoral, an injury which will cost him at least a few months. He's a prime candidate to start the year of the IR/designated to return list, but could miss the whole season. Fellow corner Darqueze Dennard sprained his ankle, although he should be ready to go well before Jackson.

On top of that, TE Tyler Kroft and safety Shawn Williams also left practice today. Kroft hyper-extended his knee and had to be carted off. An MRI is set-up for tomorrow and the Bengals hope Kroft will be ready to go. He's expected to start if Tyler Eifert isn't recovered from the injury he suffered in the Pro Bowl. Williams, who is expected to replace Reggie Nelson at safety, also left practice. His injury is unknown at this point, although it's likely minor.

Still, an early rash of injuries in training camp is not a promising sign for the Bengals. With two corners hurting, the Bengals could elect to bring back Leon Hall.

Ouch. @RapSheet and I were just told LOUSY news for the #Steelers. CB Senquez Golson has a lisfranc injury that could keep him out 12 weeks

A 2015 second round pick, Golson has yet to even play in a preseason game because of injuries. Last year, he tore the labrum in his shoulder. The Steelers are thin at corner and if the Lisfranc injury lingers (as they tend to do), they could be hurting at corner once again this season.

Stints with the Browns, Colts, Raiders and now Ravens have not worked out for Richardson. He's struggled with vision and has posted a meager 3.3 yards per carry average in the NFL. He underwent a knee scope earlier this offseason, which only hurt his chances to make the team.

Roy Helu Released
Richardson wasn't the only running bak cut today. The Raiders announced they cut Roy Helu Jr., as was expected. Helu is getting an injury settlement, as he's not expected to be ready to play until mid-season. The Raiders didn't want to wait on him. Latavius Murray remains the starter in Oakland. Taiwan Jones, George Atkinson and fifth round pick DeAndre Washington will fight to be the main backup.