The Latest NFL Rumors On Ryan Mathews Trade, Jets Trading Up In The Draft, Jaylon Smith's Knee And More 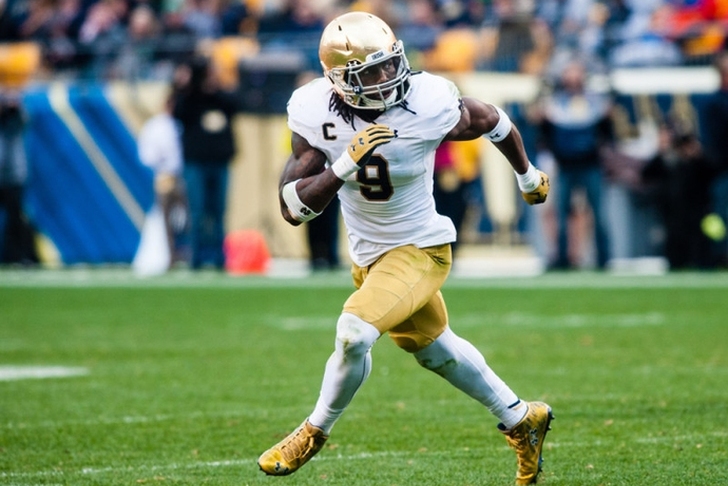 With NFL free agency winding down, the NFL Draft rumor mill is starting to pick up. The rumors around the draft aren't limited to just the prospects who could be selected, but also current players who could be moved on draft day. The draft is three weeks away, and there's plenty rumors, news and speculation floating around. Check out the latest and greatest of those draft rumors below.

Ryan Mathews Trade?
The Philadelphia Eagles have been linked to Ohio State RB Ezekiel Elliott, and it wouldn't be a surprise if he's their first round pick. If Elliott is the pick, Tony Pauline reports the Eagles could trade RB Ryan Mathews. Among the teams interested in Mathews are the 49ers and Cowboys. However, Pauline reports his sources are skeptical the Eagles would trade Mathews to a division rival or to Chip Kelly.

Jets Looking To Move Up?
Sticking with Pauline, he reports the New York Jets tried to make a move up to the No. 1 overall pick before the Los Angeles Rams were ultimately able to do so. The Jets even offered DL Muhammad Wilkerson in their offer. Pauline says the Jets could try to move up to an early pick in the draft again, but that depends on who the Rams pick No. 1 overall. A QB, like Jared Goff, would be the Jets' target.

Myles Jack Knee Update
UCLA LB Myles Jack had his medical re-checks completed, and although he said no NFL team had any concerns, Ian Rapoport is reporting otherwise.

#UCLA LB Myles Jack's medical recheck is over. "Differing opinions." Some teams thought the healing wasn't fast enough. Others are OK it.

The conflicting views on Jack's knee won't affect the teams that believe in him. Jack looks like a Top 10 pick this year.

Jaylon Smith Update
Unfortunately for Notre Dame LB Jaylon Smith, the update on his knee injury is not as positive.

Teams are still reviewing info on #ND LB Jaylon Smith (knee) after rechecks. But I'm told his report wasn't much different from the Combine.

Smith reportedly has nerve damage and teams expect him to miss all of the 2016 season and return in 2017. It's a risk-reward situation with Smith, and Rapoport says he might be a Day 2 selection.