The Latest NFL Rumors And News On Ryan Fitzpatrick, Hakeem Nicks And More 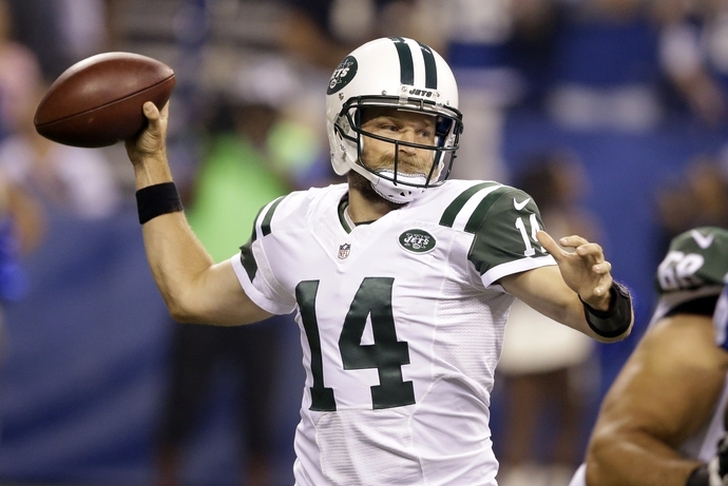 The NFL rumor mill isn't quite as active as it was earlier this year, as the draft is over and there are only a few notable free agents left. However, there are still plenty of rumors and news buzzing around the league. We have the latest and greatest of those NFL rumors below.

Saints Working Out WRs
The Saints added second round pick Michael Thomas to a wide receiver corps that already included Brandin Cooks, Willie Snead and Brandon Coleman, but they might not be done adding WR help.

Saints working out a group of WRs, including Hakeem Nicks.

Schefter also reports that the Saints worked out Denarius Moore and Vincent Brown. Brown and Nicks are both bigger WRs, and could be insurance in case Coleman doesn't have the breakout season the Saints are hoping for. Moore is a deep threat and could help on returns. After the four WRs mentioned on the Saints, the team doesn't have any proven at the positions.

Dashon Goldson Wants To Play For Raiders Or Rams?
Free agent safety Dashon Goldson was cut by the Washington Redskins earlier this offseason, and is looking for a new team to play for. He's even reaching out to teams in an attempt to find a landing spot.

.@thehawk38 FA Safety - Reached out to #Rams and #Raiders. Want to finish my last couple years out on the west.

Goldson started his career with the 49ers, before playing for the Buccaneers and then Redskins. The Rams have a need at safety and actually brought in Goldson for a visit last week. The Raiders signed Reggie Nelson and drafted Karl Joseph, meaning Goldson would be a back or sub-package player for the Raiders, if they have any interest.

Ryan Fitzpatrick Update
Fitzpatrick is by far the top QB left of the market, although he has yet to find a home. However, Jets WR Eric Decker believes that Fitzpatrick will return to New York.

"I believe it's Fitzpatrick," Decker told NFL Network when asked if Fitzpatrick would start the regular season for the Jets. "Right now, it's a business and they're so far off in dollar amount but Ryan wants to be back, they want Ryan back. Something is going to happen. It might be before training camp, the day or two before, but I believe that he'll be back on the team come this fall."

If Fitzpatrick doesn't return to New York, the Jets are stuck with Geno Smith, second round pick Christian Hackenberg and Bryce Petty at QB. Fitzpatrick's demands are too high for the Jets (or any other team at the moment), but that could change as the season gets closer.