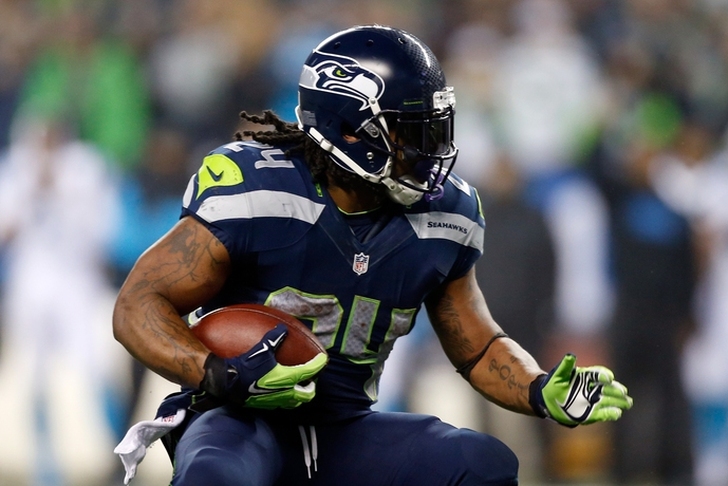 "I don't put anything past him," Sherman told NFL.com. "He's about as predictable as a pair of dice. So I don't try to call his plays. But obviously, it's going to be different. We got a little sample of it last year ... I think we're prepared for it in some aspects, but you really never want to be prepared for that. You really would hope he comes back. In the back of your mind, you hope he comes back and plays another year."

Lynch has yet to file his retirement papers, leaving open the possibility he could return. However, the Seahawks have approached the offseason with the mindset that the 30-year-old RB won't return, adding several RBs.

Jalen Ramsey Needs Surgery?
The Jaguars were worried when first round pick Jalen Ramsey went down with a torn meniscus, and it appears Ramsey will need surgery. However, there might be some good news.

Jalen Ramsey scheduled to meet Dr. Andrews this week. Surgery likely, but team believes, as of now, he'll be back before opener vs. Packers.

Ramsey will miss out on practice reps, but at least he'll be healthy for the start of the season. Ramsey also signed his rookie deal with the Jaguars Sunday.

Cardinals Unlikely To Add Leon Hall Or Dwight Freeney?
The Cardinals have looked into adding CB Leon Hall and bringing back pass rusher Dwight Freeney, but it doesn't appear likely they'll be signing with the Cardinals. Josh Weinfuss of ESPN reports adding Hall is unlikely since so much time has passed since he visited Arizona. As for Freeney, the additions of Chandler Jones and Robert Nkemdiche and the depth on roster means they likely won't bring him back. However, Weinfuss says the Cardinals could revisit adding a veteran closer to the season.