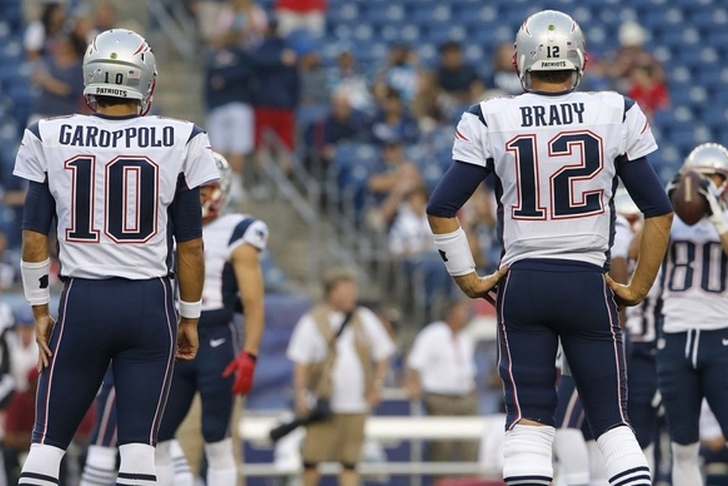 With the Super Bowl complete, all 32 NFL teams are officially in the offseason. While the draft and free agency are still a several weeks away, there is some action around the NFL. Check out the latest news and rumors in our NFL Rumors Roundup.

49ers Officially Hire Shanahan
After waiting for the Falcons to finish their playoff run, the San Francisco 49ers have officially hired Kyle Shanahan as their head coach. It was just a matter of making it official, and the 49ers announced the move today. With John Lynch already in charge as the general manager, here's how that balance of power will work out.

The plan is for new #49ers coach Kyle Shanahan to have control of the 53-man roster, while GM John Lynch has control of other facets.

Other facets likely refer to free agent moves, the 90-man roster and the draft. The next big step for the Niners will be getting the rest of the coaching staff hired. Two early names for the defensive coordinator job are a pair of linebackers coaches.

Likely #Chargers LB Robert Saleh coach may be on the move already. He's a target for Kyle Shanahan as DC for #49ers. #Texans connection

Given how poor the 49ers' defense was last year, Shanahan will need to get this hire right.

Will Tom Brady Retire?
Despite what his wife wants (and perhaps many around the league), it doesn't appear likely that the now five-time Super Bowl winner will call it a career.

.@Patriots Tom Brady on @SIRIUSXM: If it was up to my wife she'd have me retire today, she told me that last night...I said too bad babe.

With Brady back, that means the Patriots could very well move backup QB Jimmy Garoppolo. But if he's moved, where does he go and how much to the Pats get back?

"If the price is right, I think they'll be willing to deal," a personnel director told ESPN. "That is why they drafted another quarterback last year. They are smart enough to know this thing will be vastly different without Brady, whenever that day comes. They may like Garoppolo, but no one person is above the team. They will keep looking for quarterbacks if they have to."

However, the other NFL execs Sando spoke to weren't as certain Garoppolo would be dealt, in part because of the Patriots' high-asking price. In fact, Sando predicts Garoppolo stays in New England for next season.

Could New England Actually Trade Rob Gronkowski?
In the same article, Sando approaches the idea of trading star TE Rob Gronkowski. It's a bold idea given how good Gronkowski is, but one executive said the Patriots should consider it.

"It is such a deep tight end draft," an evaluator told ESPN. "They could trade Gronk and potentially use that pick to draft a tight end or draft one somewhere else in the draft. They could get away with Bennett for an even cheaper price than Gronk. Would I rather have [Alabama tight end] O.J. Howard or would I rather have an older Gronk with injury concerns? That is intriguing."

Ultimately, don't expect the Pats to deal Gronk. Even with his injury history and contract, teams hope that a tight end they draft becomes a player close to Gronk's caliber.