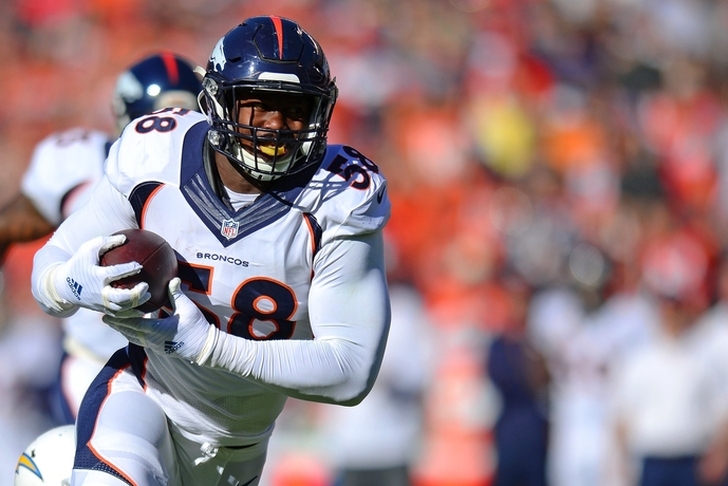 Eagles Interested In Foles, No Tag For Bradford?
Lost in the shuffle that was the Super Bowl was Adam Schefter sharing two tidbits about the Eagles and their QB situation. The first is that the Eagles aren't expected to use the franchise tag on QB Sam Bradford, although resigning him is an option. The second is that the Eagles are interested in bringing back former QB Nick Foles.

New head coach Doug Pederson was part of the regime in Philly that drafted Foles, so there is some familiarity. Of course, Foles was awful this season for the then-St. Louis Rams, getting benched in favor of Case Keenum. Foles has one year left on his contract that's worth $8.75 million.

Patriots And Matt Forte?
Mike Reiss of ESPN buried this tidbit in a piece about the possibility of the Broncos and Patriots opening the season next year. Reiss reports the "Patriots figure to explore the possibility" of adding Forte. It makes sense for several reasons, as Forte wants to win a Super Bowl(s) and New England could use some help at RB. Forte wouldn't need to be a workhorse back for New England, but would still see enough carries to justify adding. For more on NFL free agency, download that Chat Sports Android and iPhone app.

Broncos Plan On Tagging Von Miller
This shouldn't be a major surprise, but the Ian Rapoport reports the Broncos will use the franchise tag on LB Von Miller. The Broncos will tag Miller and then try to work out a long-term deal with the Super Bowl 50 MVP. He wants to be the highest-paid defensive player in the NFL. The potential downside to tagging Miller is that QB Brock Osweiler could end up hitting the open market.