The Latest NFL Free Agency Rumors And News On Peyton Manning, The Franchise Tag And More 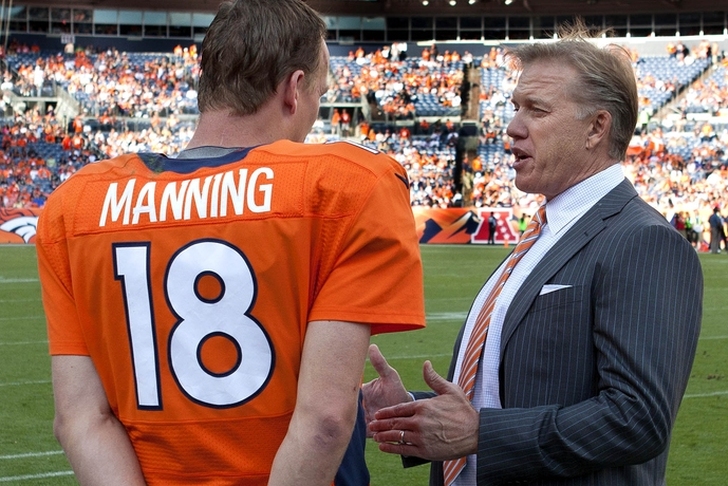 The NFL offseason is officially here now that the Denver Broncos are Super Bowl 50 champions. With the season over, the league has turned its focus to the offseason. Free agency and the NFL Draft are the main priorities, with teams able to use the franchise tag in less than two weeks. With that in mind, we've compiled the most interesting tidbits from around the NFL as the start of free agency approaches.

Broncos "Done" With Peyton Manning?
The Broncos want to bring back impending free agent QB Brock Osweiler, which means the team will likely have to either cut QB Peyton Manning or hope he retires for the money side to work out. According to Charlie Campbell of WalterFootball.com, the Broncos are "done" with Manning and he won't be back next season.

"Sources say that Broncos general manager John Elway is done with Peyton Manning, and he won't be back with the team next year," Campbell writes. "The relationship between Manning and Elway has deteriorated over the past season, and Elway is ready to move on. Manning is faced with a decision on retiring, but sources say he won't be returning to Denver if he decides he wants to play next year."

Take that with a grain of salt, as the Broncos did just win a Super Bowl. While the relationship may or may not be on the rocks, the financial side of Manning's deal ($19 million base salary next year), make it unlikely for Manning to return to Denver. Campbell has another nugget in his report; the Broncos are high on QB Dak Prescott.

Dolphins Want To Keep Miller?
This is the first of two Dolphins' updates. RB Lamar Miller is set to be a free agent, but according to The Miami Herald, the Dolphins want to bring him back. The biggest issue in bringing back Miller is going to price. Miller is young and healthy and might command more money than any RB on the open market this year. But the Dolphins are tight on cap space, especially if they want to bring back a certain DE.

No Talks Between Dolphins and Olivier Vernon?
Miller isn't the No. 1 priority for Miami this offseason, it's actually DE Olivier Vernon. He was one of the top 4-3 DEs in the NFL last season and is about to get paid. But according to the Miami Herald, the Dolphins have yet to have any "meaningful discussions" with Vernon. At just 25 and fresh off a 7.5 sack season, Vernon is set to get a hefty pay day if he hits the open market. He's already said he won't take a discount to stay in Miami. The team could also tag Vernon, although that might be too expensive given their lack of salary cap space. For more on the Dolphins, download the Chat Sports Android and iPhone app.

Panthers Will Cut Jared Allen If He Doesn't Retire
The Panthers made a move for Jared Allen before the trade deadline this year. However, it appears Allen's time with the team is over, as the 33-year old DE could retire this offseason. Even if Allen elects to not retire, the Panthers will cut him reports The Charlotte Observer. Doing so will save the Panthers $8.5 million against the cap this offseason.

Kelechi Osemele Hitting Open Market?
The Ravens happen to have two of the best guards in the NFL in Marshall Yanda and Kelechi Osemele. That might not be the case next season, as Osemele is set to be a free agent. The Baltimore Sun reports "it's going to be awfully tough for the Ravens to re-sign Osemele" this offseason. The Ravens are tight on cap space, and Osemele could easily command a contract larger than the one the Ravens can afford.

Jets To Use Franchise Tag On Wilkerson?
Tuesday marks the first day teams can use the franchise tag on players, and Jets are one of several teams who could use the tag this season. According to Rich Cimini of ESPN, the Jets plan on using the tag of defensive lineman Muhammad Wilkerson. It makes sense, as Wilkerson, despite coming off a broken leg in Week 17, is one of the best defensive linemen in the NFL. The Jets might not be able to keep Wilkerson long-term, but he's too good for the team to let him walk with season. For more franchise tag news and rumors, download the Chat Sports Android and iPhone app.