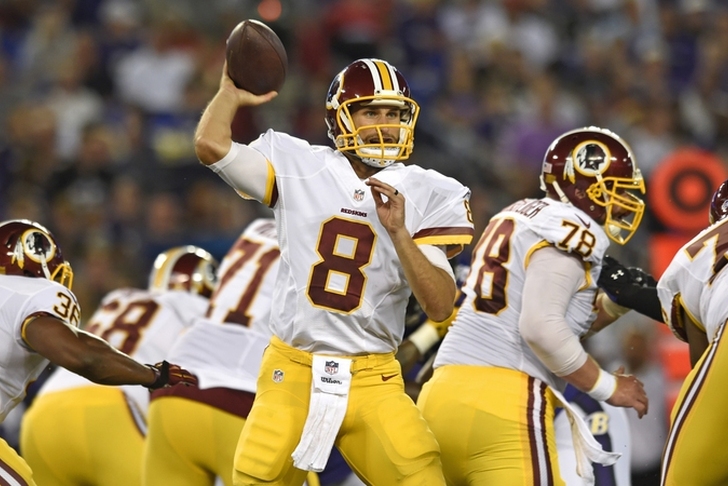 The NFL offseason is officially here now that the Denver Broncos are Super Bowl 50 champions. With the season over, the league has turned its focus to the offseason. Free agency and the NFL Draft are the main priorities, with teams now able to use the franchise tag. With that in mind, we've compiled the most interesting tidbits from around the NFL as the start of free agency approaches.

Redskins And Cousins Haven't Broken Off Talks?
Yesterday, Adam Schefter reported that the Redskins and QB Kirk Cousins had broken off contract talks. However, a source "adamantly" told Pro Football Talk that the sides haven't broken off talks yet. The team can still use the franchise tag on Cousins, and whether the sides are talking or not, that is a strong possibility.

Saints Want To Extend Brees' Contract
Drew Brees is entering the final year of his contract, with an astounding $30 million cap hit attached to his deal this season. That's nearly $20 percent of the team's cap space. It's a big reason why GM Mickey Loomis told Fox Sports he wants to get an extension done for Brees.

"We want Drew to be our quarterback this year, next year and the foreseeable future," Loomis said. "I know he feels like he’s got more years left in him. I would say we feel that way as well ... We’ll get that worked out in a way that helps our team and obviously fits in with what he wants to do."

Brees is already 37 years old, but played well last season. An extension would allow the Saints to limit some of that cap hit. However, Loomis said an extension isn' imminent at the moment.

Muhammad Wilkerson Sign-And-Trade?
The Jets plan on tagging Muhammad Wilkerson, one of the best defensive lineman in the NFL. However, because Wilkerson will earn a large contract and the Jets don't have much cap space, there's been speculation that the Jets could try to pull off a sign and trade. The two teams mentioned so far are the Chicago Bears and the Oakland Raiders, per Jason La Canfora of CBS.

Seahawks Will Try To Keep Jermaine Kearse
The Seattle Seahawks have several key free agents this offseason, and The Seattle Times reports they'll "try hard" to keep free agent WR Jermaine Kearse. The wide receiver has said he won't take a hometown discount to stay in Seattle. After earning $2.3 million last season, Kearse will likely want at least $3 million and could easily get more.