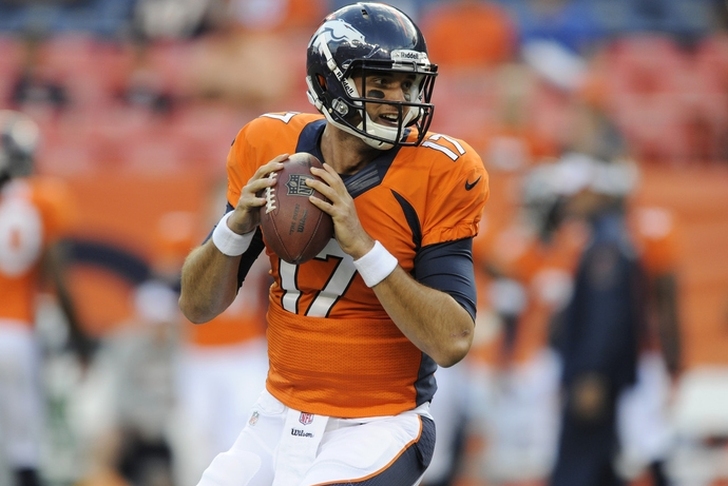 Malik Jackson Wants To Return To Denver
The Broncos have already called resigning Jackson a priority, and for good reason. He's one of the top 3-4 DEs in the NFL. Jackson told Pro Football Talk that he wants to return to Denver, but that the NFL is business.

"Oh yeah, I love it here man. I think I’m accustomed to living here," Jackson said. "I’ve tried my past four years to get better and prove to Mr. Elway that I like it here with my play. You know it’s one thing about this this thing is it’s a business you know it doesn’t matter what you like or where you like it. It’s where you can feed your family and make enough money to feed your family. So for me it’s one of those things I would love to stay here and just kinda continue to start here with my boys. Continue this run with them and try to get another one with this defense but you know it is a business and I gotta feed my family so we’ll see what happens."

The Broncos have several key free agents about to hit the market (see below for another), but they'll do what they can to keep Jackson. If he hits the open market, many teams will try to land him.

Will The Browns Interested Brock Osweiler?
The Broncos have several key free agents to bring back, including Osweiler. If the Peyton Manning retires, that might clear enough cap space for the Broncos to bring back Osweiler on a starting QB contract. That's what some team will pay him this offseason, and Peter King has heard it could be the Browns.

"I think one little bit of free-agency buzz I heard here is the Broncos won’t be surprised if Browns coach Hue Jackson does more than just sniff around Brock Osweiler," King wrote. "Cleveland is in an interesting spot, picking second in the first round with a cadre of interesting but not lock college quarterbacks on the board. They’re surely not prepared to know what they’ll do a month from now in free-agency, but if Jackson is shaky on Jared Goff and Paxton Lynch and Carson Wentz, maybe Cleveland will look at a reasonably priced (or so you would think) prospect like Osweiler."

However, the Broncos are highly likely to make sure they keep Osweiler this offseason. The only other QB on the roster outside of Manning and Osweiler is rookie Trevor Siemian, a seventh round pick in last year's draft. For more on NFL agency, download the Chat Sports Android and iPhone app.

Bruce Irvin Getting A $10 Million Per Year Deal?
Irvin is one of several Seahawks set to hit the open market, which means the Seahawks might not be able to bring back everyone. The top possible departure might be Irvin, who is set to get a big pay day. Eagles' DE Vinny Curry has already locked up a deal worth $9.45 million annually. Mike Florio of Pro Football Talk thinks Irvin will surpass that deal.

"Barring a new contract or the use of the franchise tag (both of which are believed to be highly unlikely at this point), Irvin will sign elsewhere," Florio writes. "On a deal that easily will surpass $10 million annually."

Florio says that Irvin's value is inflated by a poor pass rushing free agent class and is confident that Irvin is going to end up getting paid a lot this offseason.

Hayward Hitting Open Market?
The Green Bay Packers might not have CB Casey Hayward next season. Hayward told ESPN that he expects to hit the open market.

"They normally wait til closer to the deadline," Hayward said. "But we shall see. I’ll probably hit the market."

Hayward played very well last season, but so did Sam Shields and second round pick Quinten Rollins. Plus, the team spent it's first rounder on Damarious Randall. While the Packers surely want to bring back Hayward, he might be able to find more money on the open market. He'd likely be able to top the three-year, $21.5 million deal Tramon Williams signed after leaving the Packers last season.

Two Likely WR Cuts
Teams are already in the process of making cuts to save cap space, and two well-known names are likely to suffer that fate. The first is Colts WR Andre Johnson, according to the Indianapolis Star. Johnson struggled this year and the Colts have T.Y. Hilton, Donte Moncrief and Phillip Dorsett at WR. Cutting Johnson will save the team $5 million in cap space. At 34 years old, Johnson doesn't have many, if any, years left.

Mike Wallace likely won't be with the Minnesota Vikings next year, reports the Star Tribune. While Wallace still has value at age 29 as a deep threat, the Vikings won't pay him $11.5 million. The team will save all of that money by cutting him, since none of it is guaranteed.