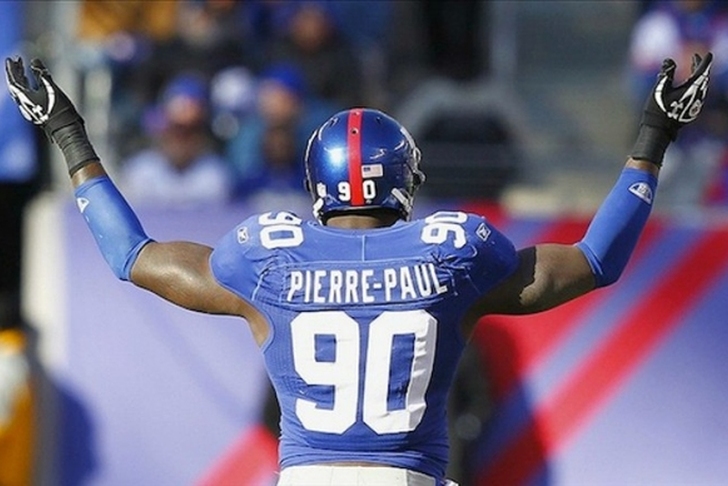 Giants Want DE Help?
The New York Giants could be looking for a high-priced DE this offseason, reports The NY Daily News. They claim the Giants "are expected to spend their highest percentage of their cap room on at least one top pass-rushing DE." That could mean the Giants try to bring back Jason Pierre-Paul and/or Robert Ayers, who are both free agents. But there are also some big name pass rushers out there, including Olivier Vernon, Greg Hardy, Malik Jackson and Muhammad Wilkerson.

Jahri Evans Refused Pay Cut
The Saints cut the former Pro-Bowl guard Monday, but not before trying to get him to take a pay cut.

"The Saints came to us for the second year in a row about doing a little contract adjustment and pay cut this year," Evans' agent Jerrold Colton said per NOLA.com. "We weren't going to do it again ... He's healthy and hungry and looking forward to the next chapter of his career."

William Moore Generating Interest
The Atlanta Falcons made safety William Moore one of the first cap cuts this offseason. The former second round pick has already heard from a few teams, his agent told the Atlanta Journal Constitution.

"It’s tough when a team decides to go in another direction," Moore’s agent Andy Ross said. "I got a few calls last night from teams checking in on him. We’ll take our time and look for the best opportunity for him."

Moore is only 30 years old and can play in the NFL a few more years. Teams are often searching for safety help, and Moore should sign with another team at some point this offseason.