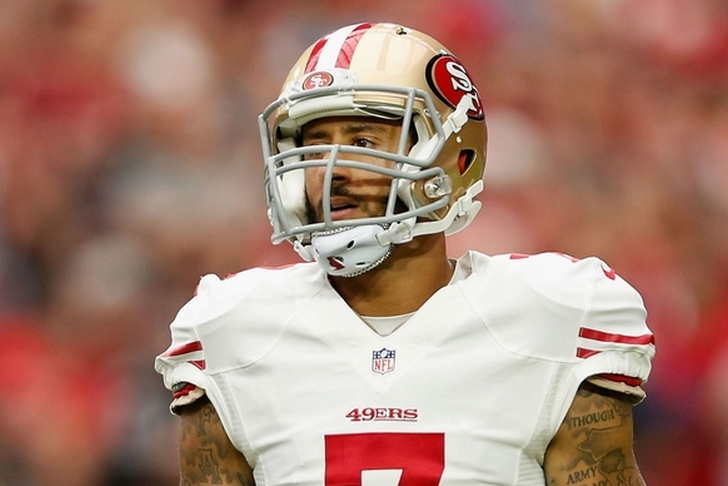 NFL free agency is still active, although many of the big players are off the market. However, there are several quality players left on the market that could turn out to be bargains for teams, and several players who could be traded. With one month until the NFL Draft, teams have already started to fine-tune their focus and draft boards. Until the draft starts, there will continue to be plenty of NFL free agency and draft rumors, news and speculation in the coming days. Check out the latest and greatest of those offseason rumors below.

49ers Won't Cut Kaepernick
It's not much of a surprise at this point, but the 49ers won't be cutting QB Colin Kaepernick before his salary becomes full guaranteed this year.

April 1 deadline, when Colin Kaepernick's $11.9 million salary becomes guaranteed, is moot. 49ers are not releasing him before then.

Kaepernick's salary becoming guaranteed means that a team like the Denver Broncos won't be able to get Kaepernick to take a lesser contract for this year in a trade. That means the value of Kaepernick likely drops since he'll be overpaid. So perhaps the 49ers will take a lower draft pick in exchange for Kaepernick during or after the NFL Draft. Of course, the 49ers could still swing a trade in the next day. Meanwhile, the Broncos want Kaepernick to take a pay cut and have his salary be roughly $7 million this season.

Jets Shopping Muhammad Wilkerson?
The Jets have said publicly that they aren't trying to trade DE Muhammad Wilkerson. However, the New York Post reports that the Jets are shopping Wilkerson. However, there are concerns around the league that the Jets can find a taker for Wilkerson. That's because the Jets likely want a first round pick for Wilkerson and he wants a massive new contract. The Post suggests the Jets could take a player back to help lessen the draft pick compensation and suggests a trade involving the Tampa Bay Buccaneers and Mike Glennon.

The Post says the Jets erred by not extending Wilkerson last offseason, and the price for talented defensive ends has only gone up with the contract given to Olivier Vernon. The Post claims the Wilkerson situation is similar to that of CB Darrelle Revis a few seasons ago, when the Jets moved him to the Buccaneers for a first and fourth round pick.

Chiefs Extend Ware And West, Trying To Trade Knile Davis?
The Chiefs locked up running backs Spencer Ware and Charcandrick West with extensions today. That gives the Chiefs three proven running backs on the roster, with Jamaal Charles still the starter. However, that leaves Knile Davis as the odd man out. As a result, the Chiefs are looking to trade Davis.

Davis is just 24 years old, and showed promise in 2014 and 2013. He apparently made the trade request weeks ago. There's no word on which team or teams could be interested in Davis, although they'd likely be able to land him for a mid-to-late round draft pick.

Cowboys held a private workout for Penn St QB Christian Hackenberg yesterday. They're looking for a developmental QB. He needs to develop.

Hackenberg looks like an NFL QB, but struggled at times in his final two seasons at PSU. However, he did show promise in his first season under current Houston Texans head coach Bill O'Brien.

Robert Nkemdiche Visits
Ole Miss DT Robert Nkemdiche has talent, but off-the-field concerns could cause him to drop in the NFL Draft. He's taking visits with multiple teams, including one today.

Speaking of Ole Miss, mercurial DL Robert Nkemdiche is in Denver visiting with the #Broncos today, then he's got a #AZCardinals visit.

The Broncos are in the market for a Malik Jackson replacement, and Nkemdiche could be a good fit in the Broncos' 3-4 defense. The same is true of the Cardinals' and their 3-4. Calais Campbell would be a good mentor for Nkemdiche.