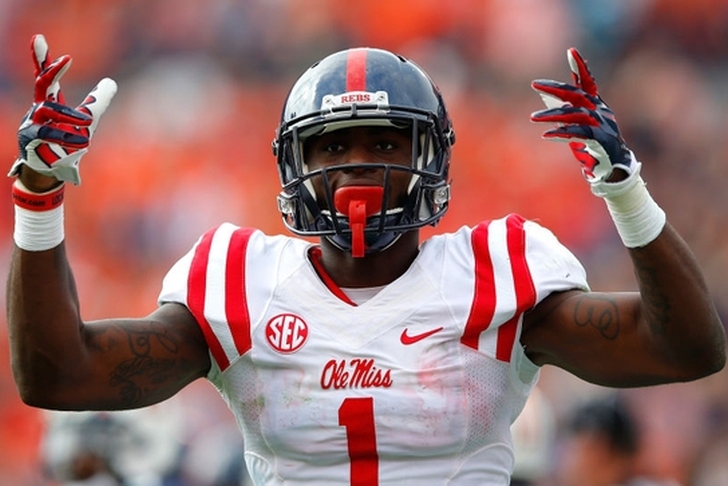 The NFL offseason is officially here. With the season over, the league has turned its focus to the offseason. Free agency and the NFL Draft are the main priorities, especially with the NFL Combine set to start Tuesday. The Combine is critical for the NFL Draft, and there should be plenty of news and rumors coming from the event. With that in mind, we've compiled the most interesting tidbits from around the NFL as the start of free agency approaches.

Treadwell A "Logical" Target For 49ers?
The San Francisco 49ers are in need of a WR, especially with Torrey Smith the only proven target on the roster. Sure, some of the other players have potential, but they aren't reliable threats yet. Anquan Boldin is a free agent, and there's a solid chance he doesn't return. All of that explains why Eric Branch of the San Francisco Chronicle calls Ole Miss WR Laquon Treadwell "a logical first-round target for the 49ers." While there's no guarantee the Niners will take a WR that early, Treadwell is the top WR in this year's class. He's possession-type, and would be a strong replacement for Boldin.

Branch also reports that Treadwell won't run at the Combine. There are questions surrounding his speed and separation ability, and not running will only allow those questions to remain.

Did The Titans' Tip Their Draft Hand?
The Tennessee Titans have the No. 1 overall pick in this year's draft, but they haven't said much about what they'll do with. Expect them to entertain trade talks, something GM Jon Robinson said has already occurred. But in an article on the team's website, Robinson may have tipped his hand about what the team plans to do.

Robinson said a few other things about the offensive line, so it's not a total stretch to think the Titans could target an OT like Laremy Tunsil at the top of the draft. Or maybe this is just a misdirection. After all, NFL Draft season is full of smokescreens.

Kevin Hogan On The Rise?
Hogan was the QB at Stanford, where he showed inconsistent passing ability, especially on deep balls. He played behind a great offensive line and was essentially a game-manager. But despite that, Hogan could be a riser among QBs, reports Tony Pauline. Hogan showed promise at the Senior Bowl, although his release is still on the slow side.

Pauline also reports that the Buffalo Bills are interested in Hogan. The Bills have Tyrod Taylor, but could use an upgrade over backup E.J. Manuel.

Cardinals Targeting DEs?
One of the Cardinals' biggest needs is at defensive end/outside linebacker, so it's not a surprise that Pauline reports the team is targeting a DE in the first round. There will be several pass rushers on the board at that point. In addition, the team will target a safety early, according to Pauline.  For more NFL Draft coverage, download the Chat Sports Android and iPhone app.