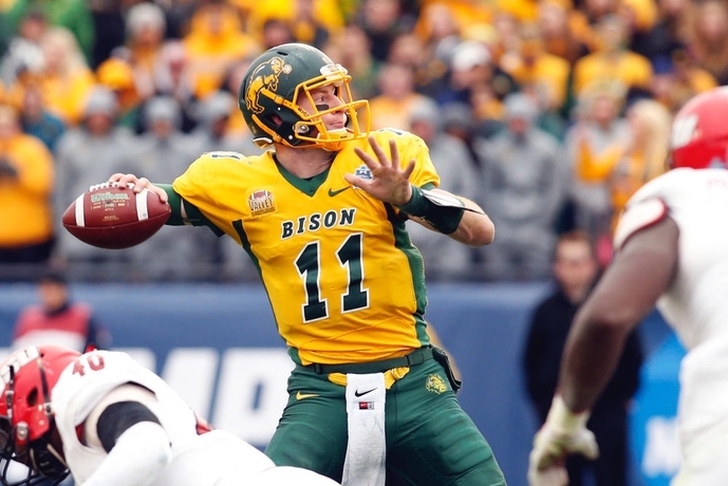 The NFL season is nearly over, with just the Super Bowl left. For the 30 teams that are not still playing, the focus has turned to the offseason. Free agency and the NFL Draft are the main priorities, especially with the Senior Bowl having just finished and the Combine on the horizon. With that in mind, we've compiled the most interesting tidbits from around the NFL as the draft approaches.

Treadwell Not A Top 10 Talent?
Ole Miss WR Laquon Treadwell is considered by most to be the top WR in the NFL Draft. He could be a Top 10 pick come April, but Walterfootball.com reports teams don't view Treadwell as a top 10 talent.

Charlie Campbell of Walterfootball reports most teams they've spoken to have Treadwell as a late first rounder, with only one team giving Treadwell a mid-first round grade. The biggest reasons for the low grade are concerns over Treadwell's lack of speed and separation ability.

The lack of top talent for WRs should be enough for Treadwell to be the top WR off the board. Of course, there's still the Combine for Treadwell and a speedy showing could boost his value.

"One said 'Boy, that North Dakota State kid is way overrated,'" Zierlein reported on his podcast. "And the other one texted me and said 'After watching him for a full week, there is no way I would draft Carson Wentz in the first round. Now, by most media accounts, the draft media, Carson Wentz did just fine. A lot of people called him a winner of draft day. Depends on what you're looking for. But that's an example of how people can see these prospects very, very differently."

Following a strong Senior Bowl showing, it seemed like Wentz had locked up his first round draft status. That's likely still the case, as the two executives seem to be in the minority regarding Wentz.

Could Cowboys Take Dak Prescott?
While Wentz garnered most of the buzz and hype at the Senior Bowl, Mississippi State QB Dak Prescott had a solid effort as well. The Cowboys have been linked to Wentz early, but they also coached Prescott at the Senior Bowl. The Fort Worth Star-Telegram reports the Prescott is name to keep on eye on for Dallas, especially if they want on taking a QB. Prescott, and the other South team QBs, met with the Dallas coaching staff during the week.

"It went real well," Prescott said. "They just interviewed us, talked about ourselves and watched a little film together. “Just tried to get to know us, all four of the [South] quarterbacks, and it was real brief."

Prescott is a likely mid-day selection and should be on the board between Rounds 3 and 5.