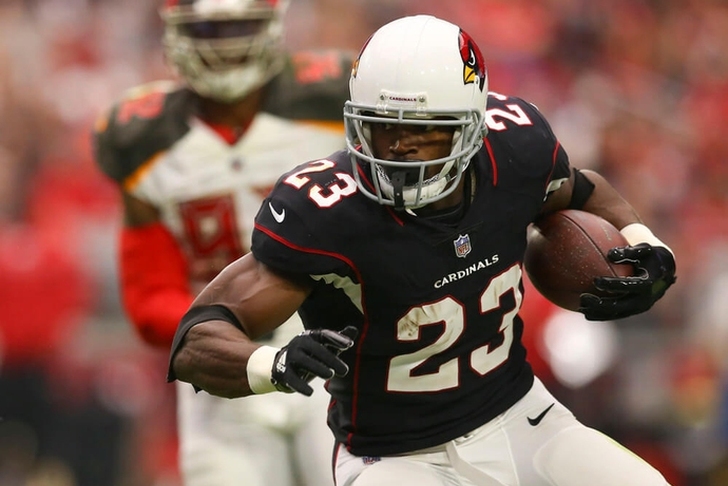 With only five weeks to go in the NFL season, this is the time of the year where more names start appearing on injury reports due to the long and grueling season. This season has been one of the worst injury-riddled seasons that I can remember with big-name players going down what seems like every week. Here the latest injury updates around the NFL.

Adrian Peterson Injury Update
Peterson ran the ball 20 times for 79 yards last week and has received a heavy workload since joining the Arizona Cardinals. He sat out of practice on Wednesday with what was believed to be a minor neck injury, but now that he has missed a second straight practice, it appears that he may actually be questionable for Sunday's game against the Los Angeles Rams.

No Adrian Peterson (neck) at open portion of practice. No John Brown, Buc, either. Peters not in uniform. Golden and Mauro were. #azcardinals

Head coach Bruce Arians stated that if Peterson is unable to play, D.J. Foster would get the start at running back.

Ameer Abdullah Injury Update
Abdullah is showing up on the Detriot Lions' injury report again on Thursday after missing Wednesday's practice due to a neck injury.

Ameer Abdullah (neck), T.J. Lang, Travis Swanson and Jamal Agnew not participating in open part of Lions practice. Dwight Freeney returned after not practicing Wednesday. Also, D.J. Hayden is out of his red jersey and into a normal one.

He will need to practice on Friday if he wants to play on Sunday against the Baltimore Ravens. If he is unable to play, then Theo Riddick and Dwayne Washington would share the running back role.

Abdullah carried the ball only six times for 14 yards and lost a fumble against the Vikings on Thanksgiving.

DeSean Jackson Injury Update
In the Tampa Bay Buccaneers' loss to the Atlanta Falcons in Week 12, Jackson saw 11 targets and caught eight of them for 60 yards. Jackson (who has been no stranger to the injury report in his career) missed Wednesday's practice due to a foot injury - but that seemed to be just a rest day for the veteran because he returned to practice on Thursday.

With Jackson practicing on Thursday, he should be ready to roll on Sunday barring any setbacks.

If you like NFL news and fantasy football rumors, Tom Downey and Mitchell Renz talk rumors and much more on The Fantasy Football Rumors Podcast.