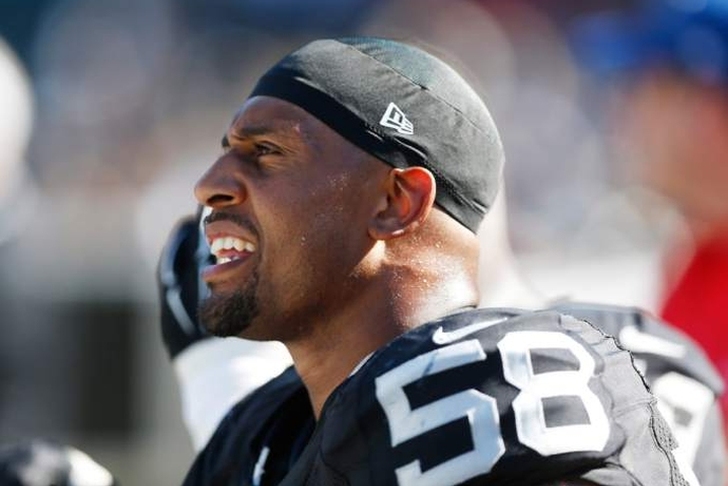 Former Pittsburgh Steelers standout LaMarr Woodley was a bust for the Oakland Raiders and Arizona Cardinals, but according to the outside linebacker himself, the blame should by shared by those teams' defensive coordinators.

In the most recent addition of his podcast, the one-time Pro Bowler ripped ex-coaches Jason Tarver (Oakland) and James Bettcher (Arizona), calling their Xs and Os strategy "dumb."

“In Oakland, we had a dumb defensive coordinator and in Arizona, we had a dumb defensive coordinator. It was just two dumb guys. They thought we were like Madden players. They’d draw something up and on paper it looked good, but the players still have to go out there and run it. Those guys didn’t really listen to their players. They wanted to do it their way and their way only.”

Woodley barely played for the Raiders after signing a two-year, $12 million deal in 2014. He recorded just five tackles in six games before a biceps injury shelved him for the season. His one season with the Cards did not go much better, as the one-time Pro Bowler had 10 tackles and one sack in 10 games.

No matter who deserves the lion's share of the blame for Woodley's struggles, one thing is clear: the 31-year-old free agent is not helping his own cause as he searches for a new NFL home.