Lamar Jackson Is A Lock For Regular Season MVP 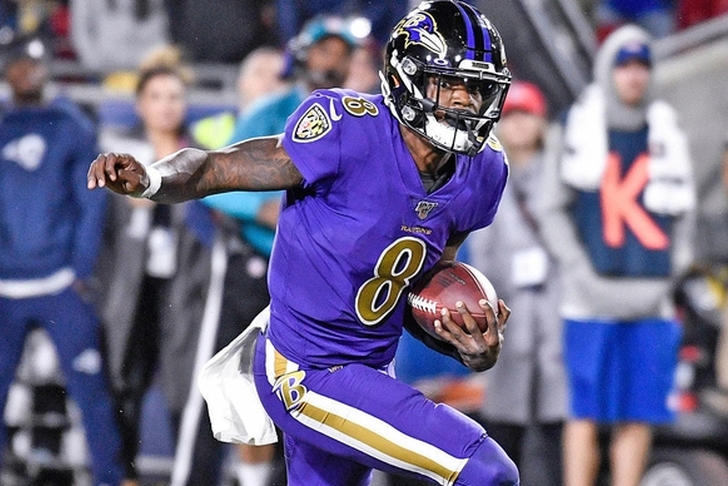 As the Baltimore Ravens enter Week 12 of the NFL season, they own a solid record of 9-2. Well on their way to the playoffs, the Ravens have torched some of the best teams in the NFL.

With wins over the LA Rams, New England Patriots, Houston Texans, and Seattle Seahawks, the Ravens have proven how talented they are every time they hit the field.

Their record has two blemishes this season. In back-to-back weeks, the Ravens took losses against the Kansas City Chiefs and Cleveland Browns. Since then, the Ravens have dominated the opposition.

They held the feared Patriots to 20 points and have been a wrecking ball on defense since their Week 8 Bye. In their past three games, the Ravens have allowed 13, 7 and 6 points against respectively.

Baltimore's offensive and defensive groups have been deadly this season and they will be a tough opponent down the stretch and into the playoffs.

While there are many talented players on the Ravens' roster, there has been one standout player: Lamar Jackson.

After facing heavy scrutiny last season, Jackson has propelled himself into being one of the best QBs in the league. Jackson was ridiculed as being a running back rather than a quarterback, but this season he has silenced his critics.

Jackson was solid in 2018, don't get me wrong. But the 22-year-old has elevated his gameplay and continues to be a threat inside the pocket. What makes Jackson so mesmerizing to watch is his ability to toss the pigskin with pinpoint accuracy. He can also blow by defenders with shifty moves and incredible speed. Jackson is the total package and is the future of Baltimore Ravens football.

As a 21-year-old, Jackson found his way into the starting position about midway through the 2018 campaign. He would finish the year with 6 touchdown passes, 3 interceptions, and 1201 passing yards through 7 games started.

Jackson would also rush for 5 touchdowns and accumulated 695 rushing yards. He was second in team scoring for rushing touchdowns and if Jackson played the entire season, he could have led the team in rushing yards. It's understandable why critics and naysayers would dub Jackson as a running back rather than a quarterback.

This season, Jackson has lifted his QB rating to 111.4, has thrown 24 touchdowns and has a completion percentage of 66.9%. Jackson is tied with Russell Wilson with 24 touchdown passes and that number will continue to grow as the season moves along.

It's no wonder Jackson is receiving votes to be the league MVP and bookmakers are also on the Jackson bandwagon.

According to betting site Betway, as of November 27th, Jackson is listed at -250 to be crowned regular-season MVP. After that, it's Russell Wilson coming in at +275. From there, we see odds like DeShaun Watson (+1600), Aaron Rodgers (+2500) and Dak Prescott (+2500). It's a two-horse race to MVP glory and Jackson may receive some help from the Seahawks' rivals. 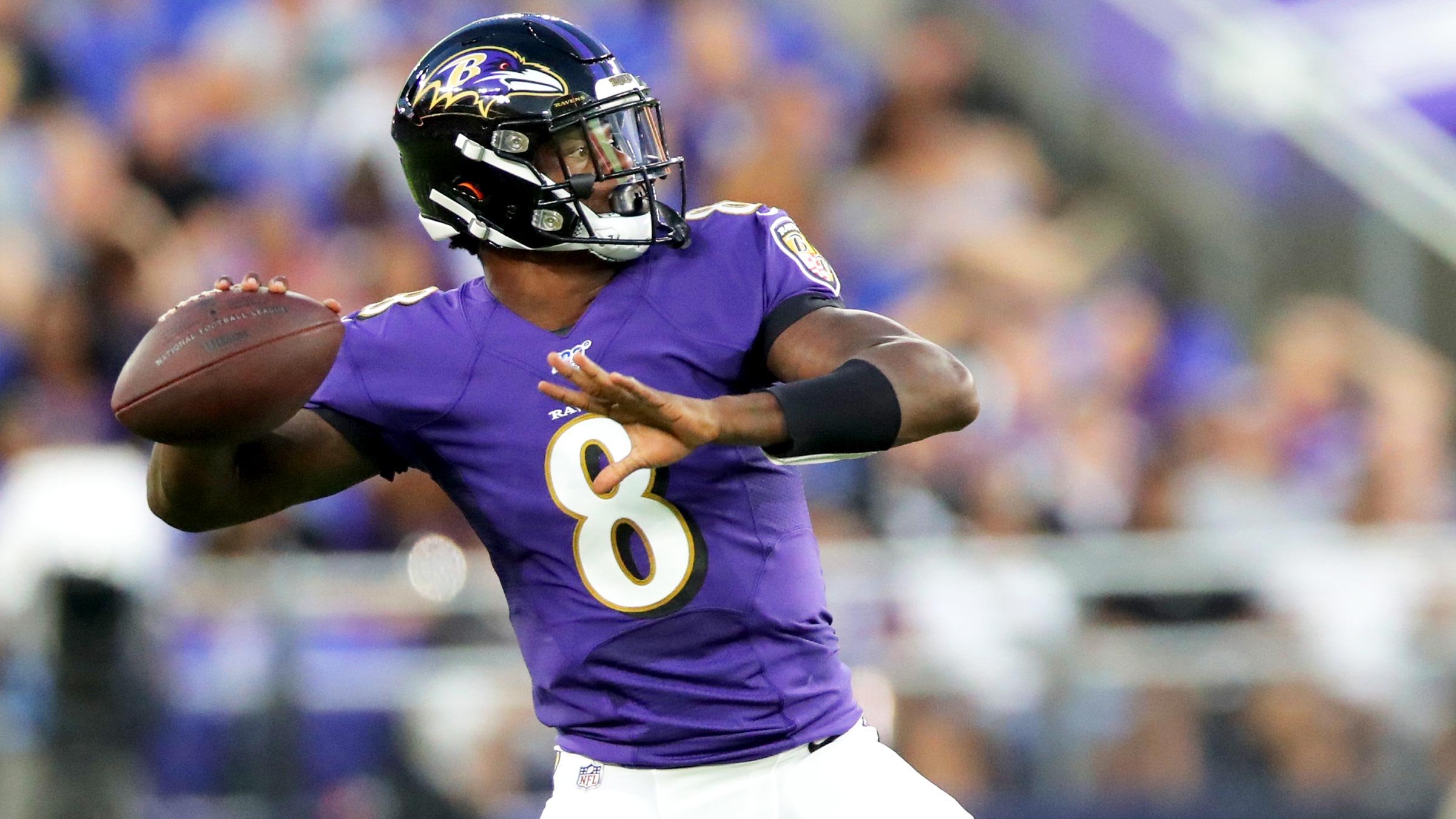 Jackson and the Ravens are atop their division in the AFC North. Destined to have a first-round bye in the playoffs, Baltimore is one of the teams to beat in the AFC. Other than the New England Patriots (a team that Baltimore already defeated this season), the Ravens might be destined for a Super Bowl appearance. The last time Baltimore reached the pinnacle of professional football was in 2012.

As for the Seahawks, they are currently 5th in the NFC with the Minnesota Vikings chasing them as well. To be fair to Seattle, they have a better record than Green Bay and Dallas, but it comes down to division leaders.

If the Seahawks manage to catch the San Francisco 49ers and usurp their position as the top dog in the NFC, then Wilson might be the MVP at the end of the regular season.

For now, the Ravens and Jackson are putting up the number one offense in the league. Jackson and the Ravens have a date with the San Francisco 49ers, which is also interesting. If the Ravens manage to win, it helps solidify Jackson as a future MVP. But Wilson and Seattle need the Ravens to defeat the 49ers for the Seahawks to climb the division.

As it stands, Jackson is the current MVP of the league and oddsmakers agree. Unless something drastic happens, Jackson might become an NFL MVP at only 22-years old. It will be interesting to see the Ravens and Seahawks' QBs battle it out down the line, but for now, the MVP title is Jackson's to lose.