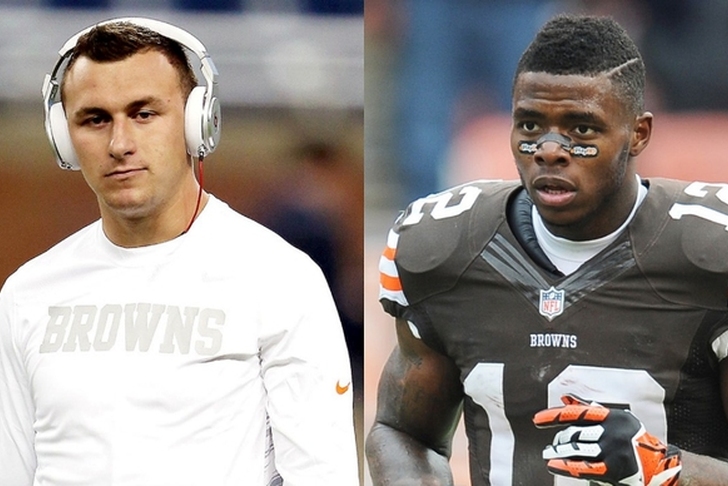 Whether it was just poor word choice or an outright lie, it appears Johnny Manziel is not living with fellow Texas A&M alumn Von Miller, reports Mike Klis of 9News in Denver.

On Saturday, TMZ tracked down the former Cleveland Browns quarterback for a quick Q&A. In the video, Manziel proudly claimed that he was living with Denver Broncos star linebacker Von Miller, who he referred to as his "brother."

"I'm living out here with my guy," Manziel said. "I'm living with him right now. We're getting our lives together, bro."

But according to Klis, Manziel is only living in the same city (Los Angeles) as Miller. The Super Bowl 50 MVP is currently competing in the Dancing with the Stars reality show, which provides housing to all of its competitors. That doesn't include Johnny Football.

ESPN is reporting that Manziel is actually sharing an apartment with former Browns teammate Josh Gordon, who is currently serving his third suspension for violating the NFL's substance abuse policy. Manziel has obviously had his share of issues with substance abuse as well, making this pairing a dangerous proposition for both young men.

Manziel is also currently under investigation for an alleged domestic violence incident, which has been submitted to a grand jury.

The former Heisman Trophy winner has been linked to the Broncos this offseason, as Denver is lean at the QB position with only Mark Sanchez and Trevor Siemian. Miller has openly campaigned for bringing Manziel on board, but the pairing remains a long shot given all of Manziel's baggage.