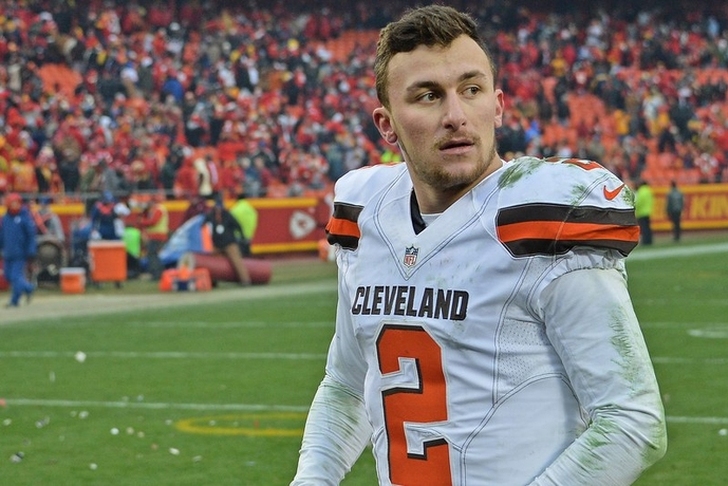 The house was rented to Manziel by real estate broker Nicholas Goodwin, who described the scene when he returned to the house:

"They were supposed to check out at noon. Manziel was passed out. There was cocaine all over the kitchen table, and mushrooms were still out on the table in front of him. There was booze everywhere, broken glasses over the floor and a Champagne glass in a tree.”

Goodwin plans to sue Manziel if he refuses the pay for the damages. He claims Manziel and his friends broke an expensive glass table and a bathroom door, along with leaving wine stains and cigarette and marijuana burn marks on carpets. There were also lines of what appeared to be cocaine on a table and an open bag of mushrooms.

“Despite Mr. Manziel's assurances to my client that the rental was to be used strictly for his own personal and private use, surveillance footage shows that Mr. Manziel threw large parties on both nights, causing extensive damage to the subject property,” Goodwin's lawyer, Niki Ghazian, wrote in a letter. "Evidence suggests [Manziel] and his guests were consuming drugs and alcohol and that they caused a disturbance to the neighborhood.”

Neighbors called police in response to the parties on April 6.

Manziel went to rehab last offseason, but has been involved in a long string of alcohol- and drug-fueled incidents - along with a domestic abuse case. His agent, Drew Rosenhaus, dropped Manziel this week "with hopes of him getting the treatment he needs."

Manziel is currently a free agent, but his off-field troubles make it unlikely that anyone will sign him. The former Heisman trophy winner passed for 1,500 yards with seven touchdowns and five interceptions in nine appearances for the Browns last season, including six starts.