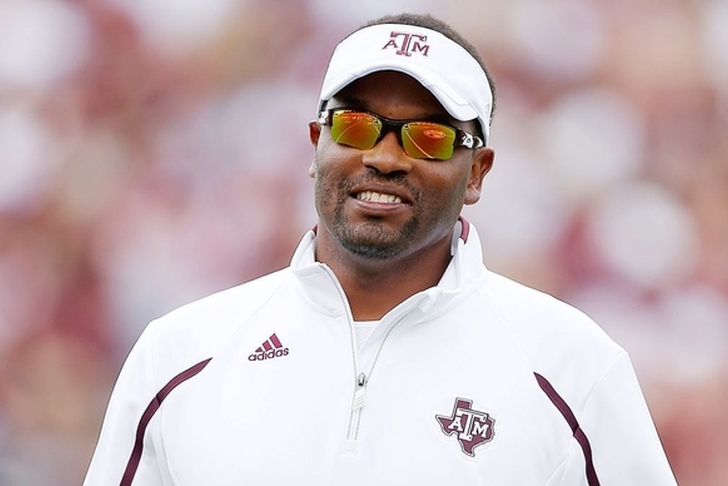 Kevin Sumlin has been in the line of fire as of late after two of the program's blue-chip quarterbacks, Kyle Allen and Kyler Murray, made the decision to transfer out of College Station with the future of the offensive coaching staff up in the air.

A report surfaced by in December that Texas A&M chancellor John Sharp was pushing to terminate Sumlin's contract after the team went 3-4 to close out the regular season following a 5-0 start. Sharp denied the report.

As for Jim Mora, he's been mentioned in NFL rumors for a couple of years now after rehabilitating his image at UCLA. The hard-nosed Bruins head man has just a 31-33 career record in four years as an NFL HC (Atlanta, Seattle), but is 37-16 with four bowl berths in four tries with UCLA.

Mora is a prime candidate for the San Diego Chargers' job if it opens up, especially if the team's plans to relocate to Los Angeles come through. The Miami Dolphins have also identified Mora as an early "leader" for their job, per Tracy Pierson of Bruin Report Online. The New Orleans Saints have also cropped up as a possibility if Sean Payton moves on, considering Mora's past work with the team as an assistant under his father.

Early rumblings around Sumlin have the Cleveland Browns and Indianapolis Colts as potential suitors, and it would be silly to count out the Tennessee Titans and Philadelphia Eagles with the two franchises' reported desire for landing a "name" coach.