If He Leaves The Broncos, Here Are The 3 Most Likely Destinations For Malik Jackson 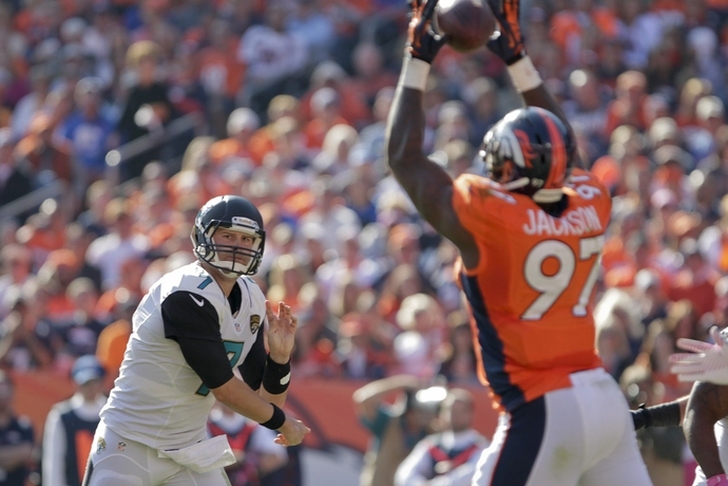 The Denver Broncos have several high-profile free agents, with DE Malik Jackson among them. The team wants to bring back Jackson, but they might not have the cap space to do so. Jackson is one of the top NFL free agents on the market and he'll command a salary that might be out of the Broncos' price range. At this point, there's a very good chance that Jackson leaves this offseason.

If Jackson leaves, there are a few likely landing spots. While Jackson has played in a 3-4 scheme in Denver, he's versatile enough to play in 4-3 defense as well. That means pretty much every team could use him, although only a few will have the cap space. With that in mind, here are 3 Most Likely Landing Spots For Malik Jackson:

The Jaguars have over $80 million in cap space this offseason, meaning price isn't going to be a factor for the free agents they want. Jacksonville reportedly covets Jackson and they can easily pay him the $11-14 million per year he might get on the open market. Jackson would be a great fit across from Dante Fowler at DE and he'd help the Jaguars upgrade their defense. The Jaguars don't often get a lot of national attention, but they'll be major players this offseason.

2. Chicago Bears
The Bears have the least amount of cap space this offseason among the three teams here, and still have roughly $46 million. The Bears need to upgrade their defense, and they will likely target Jackson and fellow Bronco free agent MLB Danny Trevathan. The Bears are led by former Broncos head coach John Fox, which should help their chances with Jackson. For more NFL coverage, download the Chat Sports Android and iPhone app.

1. Oakland Raiders
The Raiders have already been called the favorite to land Jackson by ESPN's John Clayton. Jack Del Rio is the head coach in Oakland and that should only help convince Jackson to head to Oakland. The Raiders have $71 million in cap space, meaning matching Jackson's salary demands shouldn't be an issue. The Raiders run both a 4-3 and 3-4 at times, and Jackson is perfect fit for that scheme. The addition of Jackson would be a big boost to a promising Raiders' front seven.