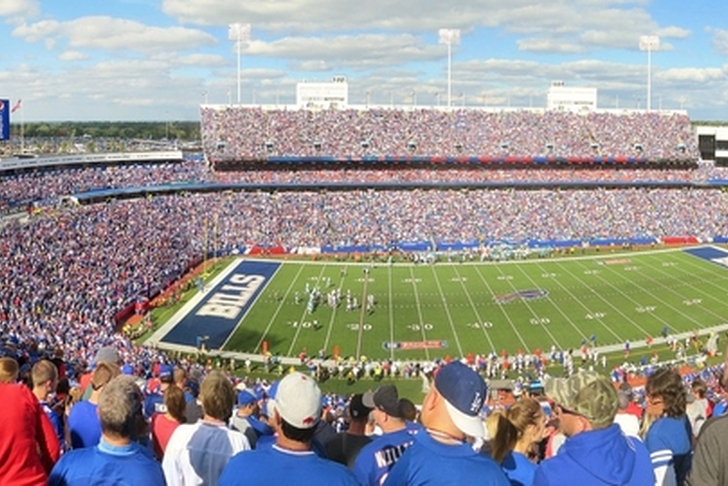 No one would argue that once the internet became mainstream, technology as we knew it changed forever. It went one step further the minute smartphones allowed us to literally carry the internet with us everywhere. And with the accessibility, came the demand.

We now insist that we have connectivity and WiFi everywhere we go, even at sports arenas. This is how the NFL became a leader in WiFi technology.

Reason Behind the Demand
WiFi has become higher in demand because there is a bigger need for more data capacity now than ever before. People are using better and higher tech devices and even the photos that we are taking require more data.
Smartphone cameras are taking sharper pictures and videos, which create bigger files that need more data to load up onto social media. Since millennials are now attending more NFL games than ever before and they are the leading demographic for smartphones, it makes sense the demand for WiFi is just increasing.

Super Bowl LII
The NFL had realized the direction that technology was headed after surveying fans across the board. It really took hold when the Minnesota Vikings built a high- tech stadium for Super Bowl LII in 2018. Fans now had the opportunity to connect to and communicate with other fans, friends, and family, sharing videos and photos quickly and efficiently.
There is not one sole reason that the fans wanted the WiFi, but instead it seemed to be a change in the culture, the need growing for more connectivity with the growing data usage. Gillette Stadium, home to the New England Patriots, also went through an update, taking into account the needs of the fans.

How it Works
When you think about all of the power that would be needed in order to provide service to an entire football stadium, you know it has got to be a lot. While these smart stadiums are becoming the new trend, how exactly does it work?
Football stadiums are meeting the demand through the use of directional antennas that beam signals toward set seating sections. The new stadiums are built with fiber optic networks that connect to set access points. This goes way beyond using just simple AT&T compatible routers to provide connectivity to fans, but inside is a complex combination of FiOS and signal boosters that are strategically placed all around the stadium.

In older stadiums, retro-fitting these new advancements is more of a headache and is not just as effective. It can also be incredibly expensive. The University of Phoenix Stadium, for example, had to install more than 800 access points throughout their stadium in order to adequately prepare for a championship game that they were hosting. The cost was astronomical, but also necessary if they wanted their stadium to be used in the future and maintain a reputation for being up with the times. It isn’t hard to bring fans to a championship game, but imagine the praise a stadium will get for having a connected stadium rather than a stadium that seems obsolete.

The Future
Looking at what the NFL is trying to do should be an indication of what is to come. Sports stadiums of all kinds will be expected to have access points and solid WiFi, accommodating the continual increase in data demands. Smartphones are not getting any less complicated, so the need will only continue to grow.