How Many Times Have The Eagles & Patriots Played In The Tom Brady Era? 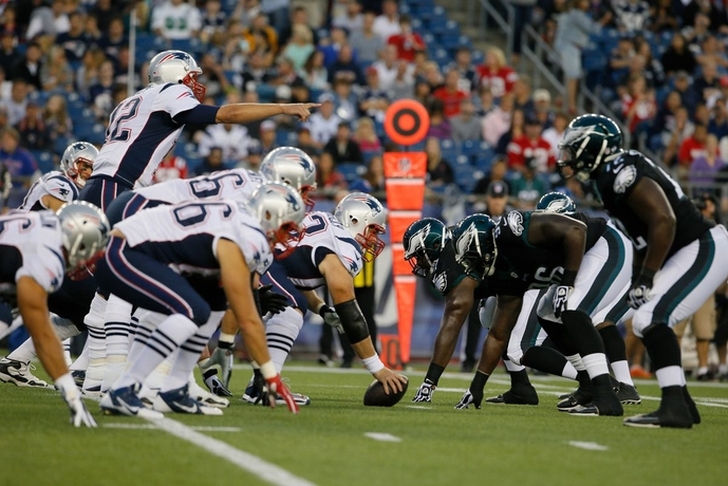 How Many Times Have The Eagles & Patriots Played In Tom Brady Era?

The Philadelphia Eagles and the New England Patriots have played five times in the "Tom Brady Era," which started in 2000 when quarterback Tom Brady was drafted by the Patriots in the 6th round. Super Bowl LII will feature a familiar Super Bowl matchup between Philadelphia and New England for the second time since 2005.

The Patriots are 4-1 against the Eagles, with Brady under center. The Eagles are 3-2 against the spread when playing a Brady led Patriots team.