How Could You? 5 Fantasy Football Players You Shouldn’t Have Drafted 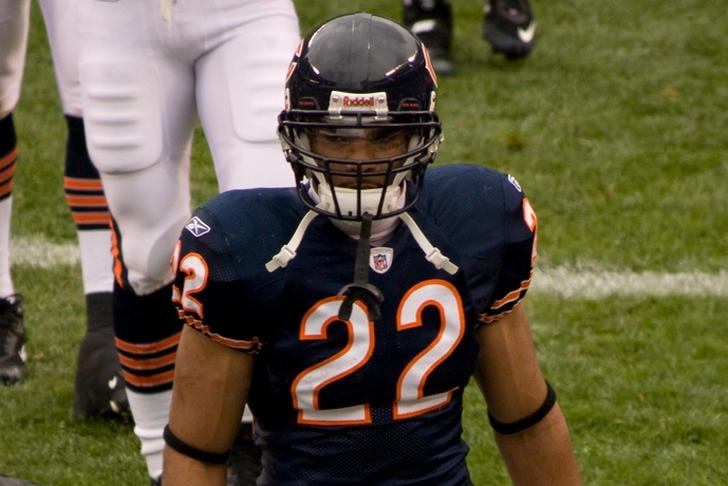 If you're anything like us, you've spent the past few days tinkering with your multiple fantasy football lineups in hopes of putting together a mammoth Week One for all of your friends to shake their heads at in amazement. However, if you're banking on any of these next five guys to carry your team this year, we've just got this to ask -- HOW COULD YOU do this to yourself?

New Denver Broncos head coach Gary Kubiak's presence alone will mean decreased overall value for Sanders. Kubiak goes heavy with a zone-blocking rushing attack, leaning on the X wide receiver while using his tight ends as safety valves/leverage targets. All of that leads us to believe that Sanders won't have a fair shot to replicate his impressive 2014 campaign.

Now, you may counter with two words -- PEYTON FREAKING MANNING. That's three words by the way, so your point is invalid. Plus, may we add that Demaryius Thomas is and will be the focal point of Denver's passing attack. Don't bank on Sanders.

Cool your jets on Hyde. While the defense is the ultimate question mark for San Francisco, the offense is also in a state of flux. We see a pass-heavy scheme in the 49ers' future under Geep Chryst. That'll cut significantly into Hyde's role and overall carries. There's also Reggie Bush to account for. Expect growing pains and sub-top 20 value for the lead back in a 49ers offense that has had its berries cut off over time.

Newton's placement on this list may raise a few eyebrows, especially since he's just a year or so removed from being a top-five fantasy quarterback. We're not docking him completely for an injury-riddled 2014 season, but combine that with steadily decreasing passing numbers, rushing yards and rushing attempts and he's overvalued on many website's projection lists. Expect Carolina to protect Newton more than they have in recent years after signing him to a lucrative contract extension -- something which could limit his overall impact on designed running plays. Take your Superman cape to the dry cleaners. There may be a few tears to wash out.

Remember the Zac Stacy fiasco last year? Gurley's a much more talented and dynamic back than Stacy, but he's also a year removed from ACL surgery. Gurley is a hope play who is undoubtedly going to be overdrafted in plenty of leagues. You'd be better served stashing Tre Mason and letting the market on Gurley define itself as he adjusts to NFL speed and shakes off the inevitable self doubt that comes with an ACL injury.

We've got Tre Mason on our bench (or more accurately, I do), so maybe we're just crossing our fingers here that Mason will have much more of a leading role than people expect as the season goes on.

Most Chicago Bears fans may be elated that former head coach Marc Trestman was run out of town, but Bears fans' glee means headaches for fantasy football players who have Forte stocked away in a legacy league. Forte's value ballooned as a result of Trestman's offensive philosophy, upping his catch totals to 70+ in each of the past two seasons. His previous high was 57. He's also 29 years old and potentially tabbed for a significant decline as early as this year. Not exactly a volume touchdown scorer to begin with, Forte's value has diminished in our eyes to the point of dropping him off our top-ten running backs list. Did you smile when you landed him in the back of the first round?