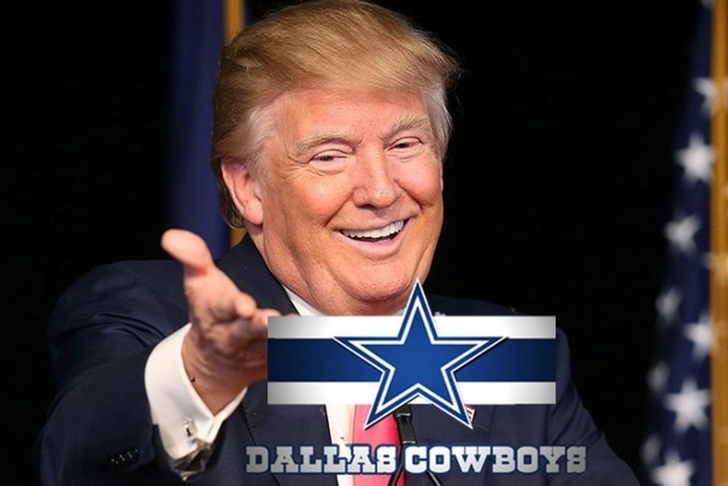 The Dallas Cowboys protested before the Monday Night Football Game against the Arizona Cardinals. Here is what President Trump had to say about it on Twitter early on Tuesday morning. Trump wants the NFL to change its rules to prohibit players from kneeling during the National Anthem.

The NFL has all sorts of rules and regulations. The only way out for them is to set a rule that you can't kneel during our National Anthem!

The Cardinals stood with arms locking and the announcer told fans to lock their arms "no matter the color of their jersey."  This all started on Friday when Trump said "Wouldn't you love to see one of these NFL owners, when somebody disrespects our flag, to say get that son of a b**** off the field right now? Out! He's fired! He's fired!

Here's How the Cowboys Protested

You May Also Like: Every NFL Player, Coach And Exec Who Protested Against President Trump During The National Anthem

Trump also tweeted how the stadium booed the Cowboys when they took a knee.

The booing at the NFL football game last night, when the entire Dallas team dropped to its knees, was loudest I have ever heard. Great anger

I believe this is only the beginning of Trump vs the NFL and its players. So stay tuned and Chat Sports will bring you all updates regarding this situation.