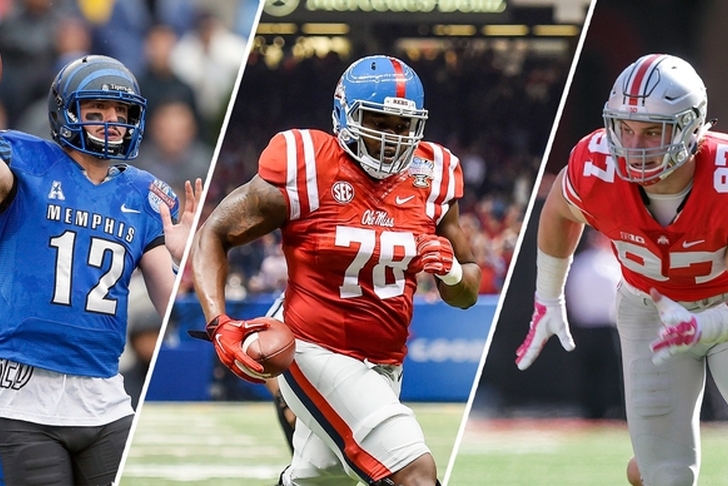 ESPN analyst Mel Kiper released the fourth edition of his 2016 NFL Mock Draft on Wednesday. Given that there was nearly a month between this mock and his last one, there were several changes throughout his top 10 selections. In fact, only three players -- including the top two NCAA stars off the board -- stayed static.

The San Diego Chargers set off the chain reaction at No. 3, switching from Notre Dame OT Ronnie Staley to Florida State DB Jalen Ramsey, who was previously slotted at No. 9 to the Tampa Bay Buccaneers. Ramsey's higher ceiling was the main reason for his rise, according to Kiper, and even led to him getting a mention at No. 1.

Speaking of the first pick, the Tennessee Titans stuck with Ole Miss OT Laremy Tunsil due to their glaring needs on the offensive line. Despite the Cleveland Browns' recent addition of Robert Griffin III, North Dakota State QB Carson Wentz remained at No. 2. Ohio State DE Joey Bosa and UCLA LB Myles Jack both jumped up multiple spots to round out the top five.