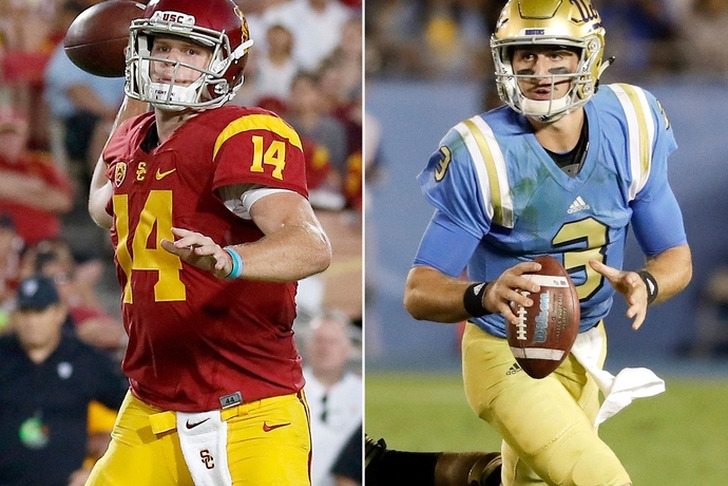 The 2018 NFL Draft are still months away, but with the college football season starting this weekend, NFL teams are already looking at the top prospects for the next draft. The class is loaded with franchise-caliber quarterbacks and defensive stars that are expected to be selected very early. ESPN draft analyst Todd McShay released his top prospects in the 2018 class. Here are his top 10 prospects: 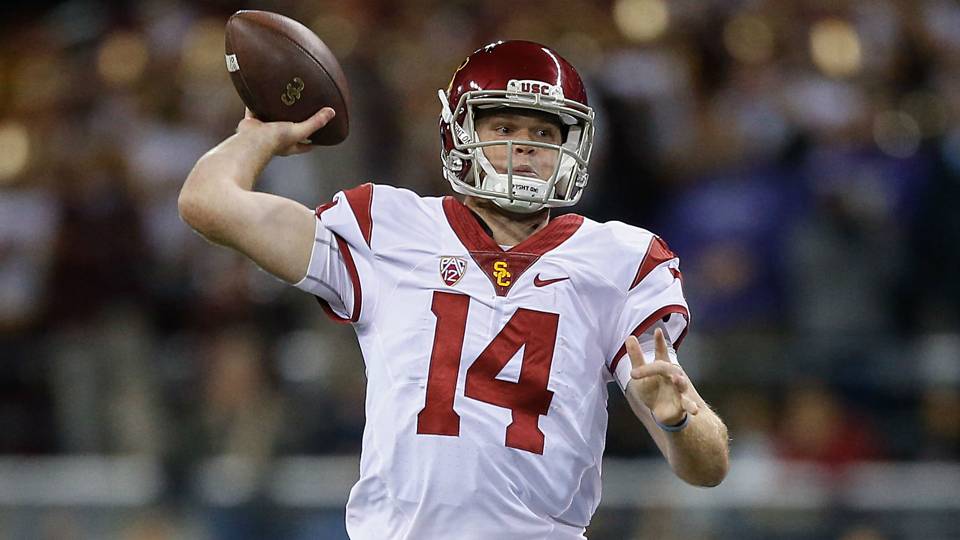 McShay: "After being inserted in the starting lineup, Darnold took a 1-3 USC team and led it to a Rose Bowl appearance last season. Completing 67.2 percent of his passes (10th nationally), he threw for 3,086 yards and posted a 31-9 TD-INT ratio. Darnold capped the season with an impressive performance against Penn State in the Rose Bowl, tossing five TDs and going 10-of-10 for 135 yards in the fourth quarter. He can improve his ball security (nine fumbles, five lost), and his delivery is a bit long, but his accuracy is outstanding. He's an early Heisman Trophy favorite and is a more complete player than Josh Allen at this point."

McShay: "Allen is the best quarterback most college football fans have never heard of, and he can do everything on the field. He didn't have a single Division I scholarship offer in high school but transferred to Wyoming after a year at Reedley College. Allen has an elite arm and frame (listed at 6-foot-5, 233 pounds) and is surprisingly fast and athletic for his size. He can make any throw, and his accuracy is terrific when his feet are set. A little bit of a gunslinger at times, he has all the tools to be an elite NFL quarterback. If he comes out, he'll be in the running for the No. 1 pick in the 2018 NFL draft."

McShay: "Key started as a true freshman in 2015 and set the LSU single-season sack record (12) last year in just 11 games, finishing with 56 tackles and 14.5 tackles for loss. He's naturally instinctive as a pass-rusher, and his tall, lean frame reminds me of Jason Taylor's. He has tremendous natural ability, but there are questions -- he missed spring practice for personal reasons and is recovering from shoulder surgery."

McShay: "Landry led the nation with 16.5 sacks and seven forced fumbles last season. He's an explosive edge rusher with terrific burst, bend and closing speed coming off the edge. I have slight concerns about his length and frame -- he's listed at 6-foot-3, 250 pounds -- but he should be an effective NFL defender and projects as an every-down player."

McShay: "Despite missing two games in 2015 (11 games played, six starts), Barkley still broke Penn State's freshman rushing record with 1,076 yards. He was even better last season (1,496 yards, 5.5 yards per carry), and the numbers tell just part of the tale. Barkley has good balance and terrific lateral agility and can run away from the defense when he hits the second level. Barring injury, he should be the first back taken in the 2018 draft." 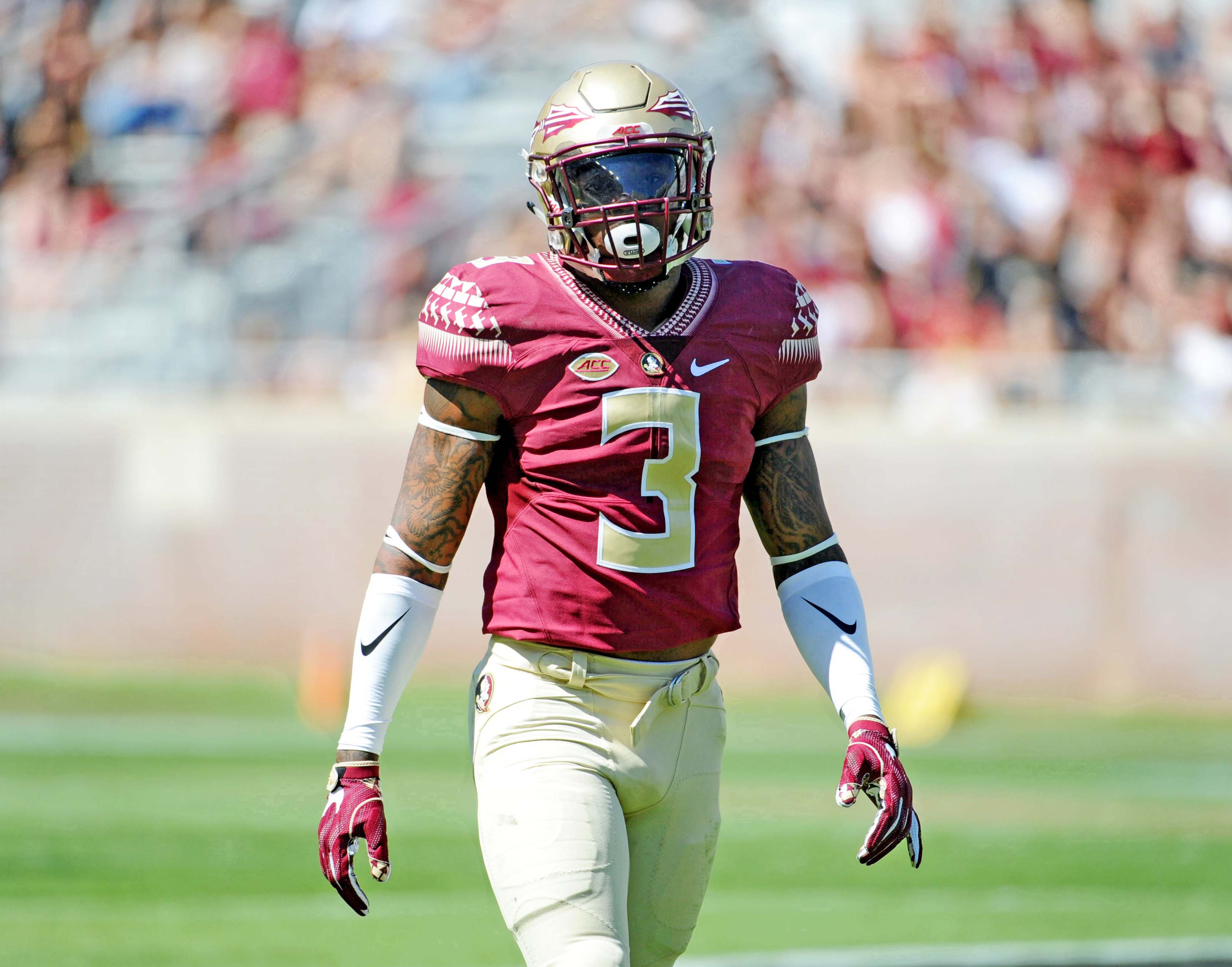 McShay: "A redshirt sophomore, James tore the lateral meniscus in his left knee in the second game of 2016 and received a medical redshirt. He also underwent surgery for a fractured foot in the 2016 offseason, so durability is a concern. When he's on the field? He's one of the most versatile players we've ever evaluated. He's a physical presence in the middle of the field, but he can run with tight ends and breaks well on the ball. If James is healthy, he can be a top-10 pick."

McShay: "Rosen had a terrific 2015 season, becoming the first player to start at UCLA as a true freshman and throwing for 3,668 yards with 23 touchdowns and 11 interceptions. A shoulder injury cut his season short last year, and he needs to bounce back from a poor 2016. He has great accuracy and touch and gets the ball out on time, but he needs to improve his decision-making under pressure."

McShay: "Fitzpatrick played 14 of 15 games as a true freshman in 2015 and started all 15 in 2016, collecting a team-high six interceptions. He struggles in off-man coverage, and he is better suited to press-man and the line of scrimmage. He also made an impact on special teams, and when he was moved to free safety late in the season. Still developing, Fitzpatrick has an intriguing skill set. A strong 2017 season could land him in Round 1." McShay: "Despite being a backup the past two seasons, Hurst has been extremely productive. He has notched 68 tackles, 18 tackles for loss and 7.5 sacks. While slightly undersized -- listed at 6-foot-2, 282 pounds -- Hurst is a quick and powerful one-gap penetrator who is highly disruptive against the run. He has a powerful upper body and disengages quickly. He projects as a future NFL starter and top-40 pick.

McShay: "All Guice has done is average 8.5 YPC in 2015 and 7.6 in 2016, playing behind Leonard Fournette. How will he do with the chance to be the No. 1 back in Death Valley? He doesn't have Fournette's acceleration, but he has great quickness and the ability to stick his foot in the ground and hit a hole. His running style reminds me of Arian Foster."

Follow our NFL page for all the latest NFL Draft news!