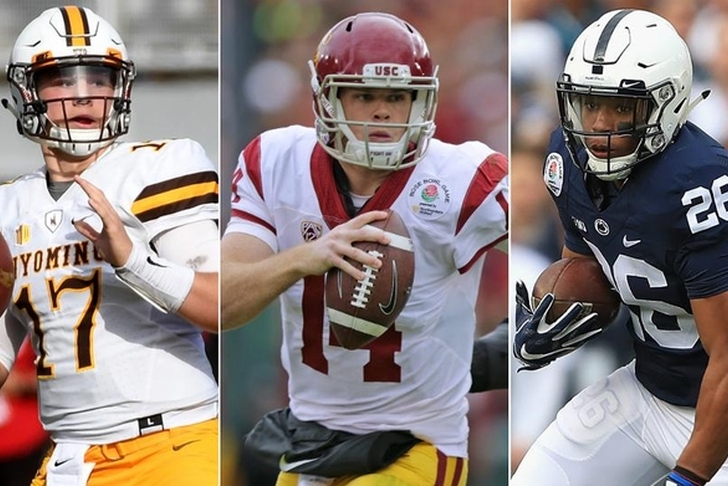 The new Vegas odds have been released on who will be the first overall pick in the 2018 NFL Draft. The 2018 NFL Draft will take place in Chat Sports backyard at the Dallas Cowboys AT&T Stadium, April 26-28. The anticipation surrounding who the Cleveland Browns will select first overall continues to grow. Will Cleveland go with running back Saquon Barkley who blew up the combine or will they take one of the top quarterback prospects in Sam Darnold, Josh Allen, Baker Mayfield, or Josh Rosen? Perhaps the Browns trade the first overall pick because they aren't sold at any of the top prospects.

Join the debate and vote who will be the first overall player selected in the 2018 NFL Draft.