Here Are All The NFL Draft Picks Who Are Still Unsigned 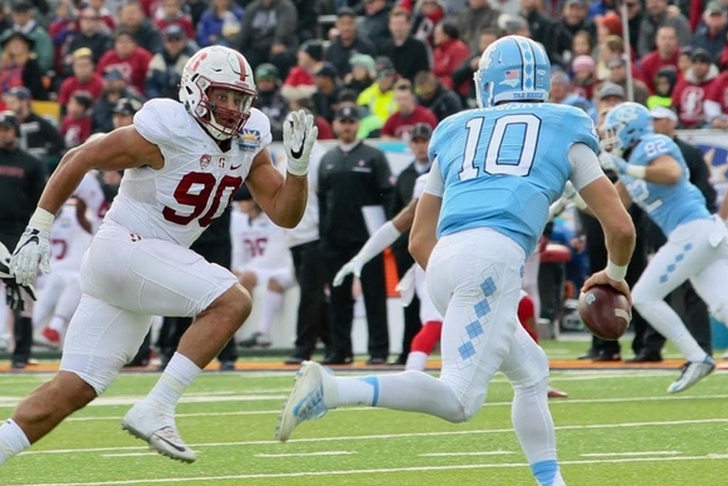 The 2017 NFL Draft was nearly two months ago and nearly all of the draft picks have signed contracts with their respective teams. But a few players have yet to sign deals. Only 11 draft picks remain unsigned and they're all listed below.

The new rookie contract scale eliminated many of the contract problems that resulted in holdouts in the past. While issues like offset language and when players get their bonus can cause issues, holdouts are mostly a thing of the past. That's what made Joey Bosa's holdout last year such a surprise. No player should have a Bosa-like situation, but here's who has yet to sign.

The Bears and Trubisky aren't concerned about the lack of a deal, so there's not much to worry about yet.

There's more on Peppers' contract talks here. It appears that Peppers and the Browns are disagreeing on offset language. The Browns aren't willing to include and as a late first round pick, Peppers likely won't get it.

Third round picks are often some of the last to sign, thanks to guaranteed money and other contract issues. The Cowboys' third round pick last year, DT Maliek Collins, was the last of their picks to sign. Lewis' domestic violence accusation might also be causing some delay.
Follow Chat Sports on Product Hunt!

With GM John Dorsey now out, the Chiefs' deal with Mahomes might take a bit longer than previously expected. A raw prospect, Mahomes needs all the reps he can get, so a holdout would be a disaster.

Much like the first round picks on this list, there's probably some type of hold up over deferring guaranteed money or offset language. There's a cluster of first round picks still unsigned, No. 2, 3, 5, 6, 7 and 10. Teams and players often try to use the deals signed by similar selections as leverage.

Of the 11 unsigned picks, the Raiders have three of them. That's unusual, while the Raiders were also among the last teams to sign any picks. Conley's rape accusations could be playing a role in the slow contract talks, but with three unsigned players, the Raiders just might be a little slow this year. Perhaps the new deal for Derek Carr took too much attention.
Follow Chat Sports on Product Hunt!

Thomas has said he's eager to sign, although he has the same agents as the ones who represented Joey Bosa. It's a new front office, which could be a factor. But with only two of the top seven picks signed, it might take one or two to sign to get the ball rolling.

Davis likely falls into the same category as the rest of the top 10 who are unsigned. It's likely there are some minor contract differences and both sides are waiting for more leverage to tip the balance.