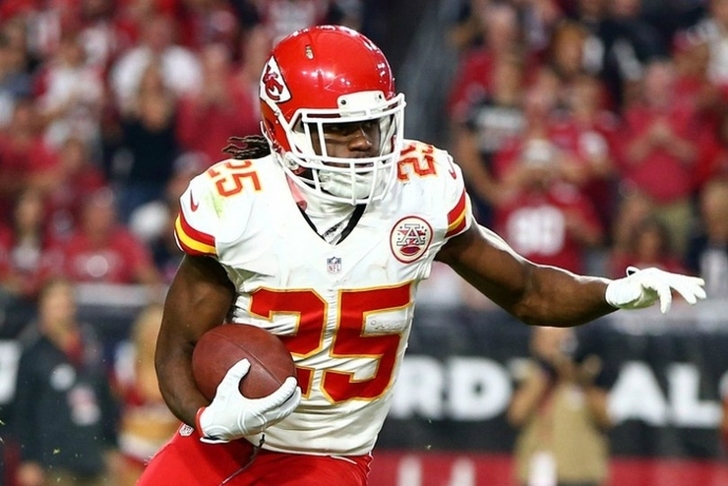 The Kansas City Chiefs officially released Jamaal Charles on Tuesday, parting ways with the franchise's leading rusher. It was an expected move given Charles' recent injury history, age and the development of both Spencer Ware and Charcandrick West, but Charles will likely have plenty of suitors on the open market (if he doesn't choose to retire). Here are the five most likely landing spots for Charles:

5) Washington Redskins
Matt Jones and Chris Thompson have proven that neither can be relied on consistently, with both probably better served in lighter, backup roles. Robert Kelley would be best when paired with a speed back, which Charles would provide. We know how much the Redskins love to bring in big names in free agency, and with a need at the position, they would likely go after Charles.

4) Indianapolis Colts
Frank Gore is very much limited at this point in his career, and the Colts have virtually no depth behind him. Charles will likely be limited as well, but he could give Andrew Luck a real threat in the passing game out of the backfield - something he has never really had. If the price is right, Indianapolis could get involved in the Charles sweepstakes.

3) New York Giants
The Giants have had a major need a running back for the past few years. Paul Perkins and Orleans Darkwa, the two lead backs on the roster, are not the answer. For this offense to be complete, they need a threat in the backfield, and Charles could give them that. New York is at the forefront of the Adrian Peterson sweepstakes, but Charles could be a fallback option.

2) Philadelphia Eagles
Philly is expected to cut Ryan Mathews, leaving them with Darren Sproles and Wendell Smallwood as their top backs. They may choose to go after one in the draft, but Charles would give them a proven commodity as their lead back - if they are convinced he's completely healthy.

1) Green Bay Packers
For a team in win-now mode, they don't exactly have the time to wait for a young back to develop. When healthy, Charles would give the Packers the kind of speed back they haven't had in a long time - and he can make plays in the passing game.